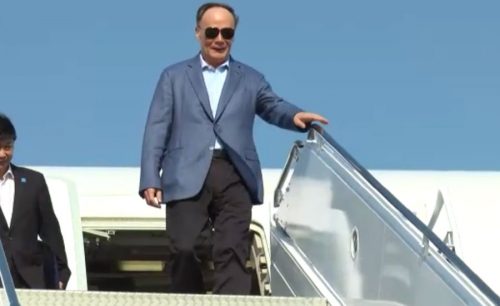 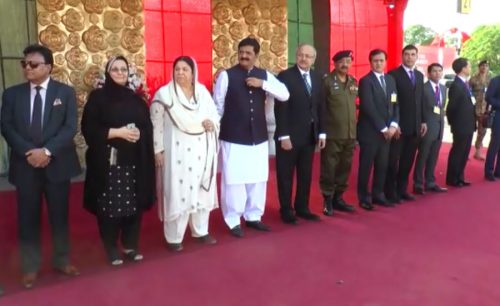 Chinese Vice President Wang Qishan will be chief guest at two ceremonies in Lahore. He will hold meetings with high-ranking figures. He will also visit Badshahi Mosque. He along with his high level delegation will grace a function at Haier factory on Raiwind road this afternoon after which he will attend a ceremony at a local hotel. Chinese Vice President will grace more ceremonies in Lahore tomorrow. Meanwhile, Deputy Prime Minister of Uzbekistan Elyor Ganiev arrived in Islamabad on a two-day visit to Pakistan. He was received by the foreign office officials at the Nur Khan airbase. The Uzbek deputy prime minister is accompanied by a high-level delegation, including Deputy Ministers for Investment and Foreign Trade, Transport and other senior officials. Elyor Ganiev will hold talks with Pakistani leadership on entire spectrum of bilateral relations. The talks will focus on discussing ways and means to further bolster the bilateral relations between Pakistan and Uzbekistan.