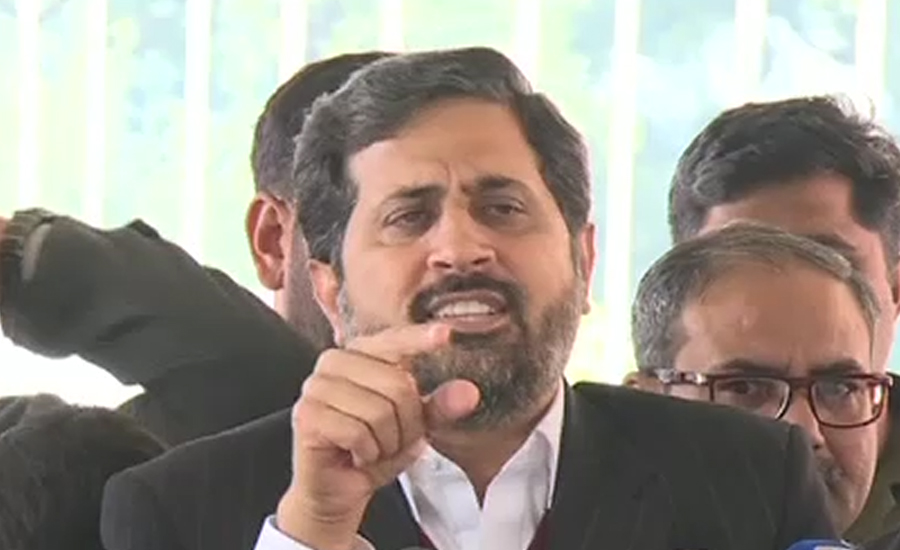 LAHORE (92 News) – Punjab Minister for Information and Culture Fayazul Hassan Chohan says that former prime minister Nawaz Sharif wanted to flee abroad through backdoor but the government won’t fulfill his wish and have him treated in Pakistan. Talking to the journalists, he said the Sharif family is desperate for the National Reconciliation Ordinance (NRO). “All Sharif has become astrologer, he added. Chohan said that the Sharif brothers were ‘certified Sicilian mafias and godfather as per the Supreme Court’s verdict.’ He alleged Nawaz Sharif’s ailment was being used for political gains. The info minister explained that Leader of Opposition in National Assembly Shehbaz Sharif can be ousted from the office of the Public Accounts Committee (PAC) chairman through court verdict or voting. The minister mentioned that the Pakistan Tehreek-e-Insaf’s (PTI) governments at the centre and Punjab would complete their five-year term in power. He said Punjab Chief Minister Usman Buzdar has gone to Saudi Arabia to perform Umrah at his own expense without even using protocol.

On Feb 4, Fayyazul Hassan said that health of former prime minister Nawaz Sharif is not the problem but his intentions are. He said that Nawaz Sharif’s intent to go for London although he has no issue in jail. “The PML-N supermo was given VVIP protocol by the provincial government,” he added. Chohan further said that the medical examination of the former prime minister have proved that he did not suffer heart attack. He also said that Sharif’s kidney medical examination has shown stones in his left kidney. Chohan mentioned that three medical boards have been constituted for the PML-N supremo but he didn’t satisfy.

Chohan says there will be no NRO

Earlier, the Punjab minister has said that the politics of reconciliation was practiced in the past and now there will be no NRO. Talking to the media after the cabinet meeting in Bahawalpur on Saturday, Chohan said that the prime minister will neither strike a deal nor spare anyone. “Nawaz Sharif and Asif Zardari will take the classes of music and dance in jail respectively,” he said.