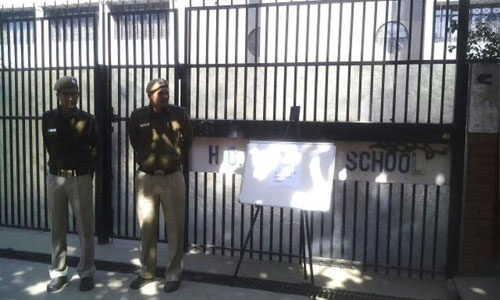 NEW DELHI (Web Desk) - A Christian school was vandalized by a group of men in Vasant Vihar area of south Delhi early on Friday, the Time of India reported. The police have identified the school as Holy Child Auxilium which has now been shut down and children sent home for the day. This is the sixth such attack on a christian institution in the last one year. The CCTV footages are being scanned to know the sequence of events. The footage shows the group first broke the CCTV camera. The police have not disclosed the identity of the attackers but say they could be 3-4 in numbers. Prima facie no valuables have been stolen or robbed, police say but the principal's office has been vandalized and glass panes shattered. Senior police officers have reached the school and forensic officials and crime teams are at the spot to lift evidence. An FIR has been registered at Vasant Vihar police station and a breakthrough is expected soon.