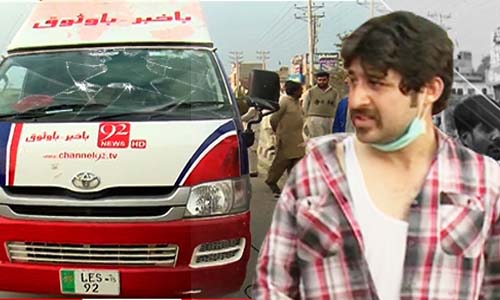 LAHORE (92 News) – Violent protesters attacked and injured passers-by, women, police and journalists during the protest against Youhanabad suicide attacks on Monday. They critically injured 92 News cameraman Muhammad Jahanzeb and snatched his camera. They also damaged digital satellite news gathering (DSNG) vehicles of different media houses and broke their glasses. The authorities have called the Rangers and more police force who forced the protesters to disperse. The Christian community staged demonstrations across the country. They demanded immediate arrest of the culprits.