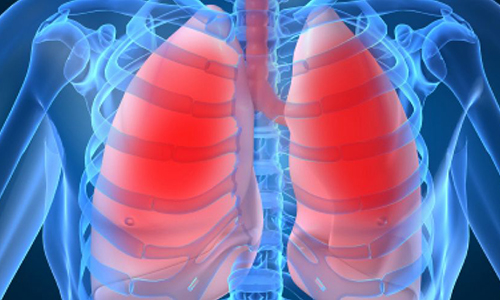 MELBOURNE – Older people with a common lung disease are more likely to suffer from falls if they also have other medical problems, previous tumbles or a longer history of smoking, a recent study suggests. Researchers focused on 41 people around 71 years old with chronic obstructive pulmonary disease (COPD), a condition that makes it difficult to breathe. Past research has linked COPD to an increased risk of balance difficulties, muscle weakness, thinning bones, blackouts and falls. Over the course of the year-long study, 40 percent of the patients had at least one fall, and most people who fell did so more than once. “This is important as those who tend to fall multiple times are more vulnerable to fall-related injuries,” lead study author Dr. Cristino Carneiro Oliveira, a researcher at the University of Melbourne, said by email. Globally, more than 65 million people have moderate to severe COPD, and the condition causes about 5 percent of all deaths, according to the World Health Organization (WHO). Most cases are caused by smoking or exposure to second-hand smoke, but working or cooking around certain toxic dusts, chemicals and fuels can also contribute, as can frequent respiratory infections during childhood. Falls are also a major public health problem, accounting for more unintended deaths and injuries each year than any cause except traffic accidents, according to the WHO. Oliveira and colleagues focused their study on people with COPD who didn’t have any neurological or musculoskeletal disorders or indications of frailty. At the start, about half the patients were on oxygen. During the year, 41 falls were reported for 16 individuals. Most falls occurred indoors, often when people were standing and using their upper body at the same time. Loss of balance was the most common self-reported cause. Thirteen falls resulted in only minor injuries like cuts and bruises. One person reported a hip fracture. After adjusting for age, people had more than twice the risk of falling if they suffered from other medical problems in addition to COPD, and more than triple the risk if they had experienced a fall at some point in the year prior to the study. Patients also had a small, but significantly greater risk of falls if they had a history of heavier smoking. Patients who said they had a greater fear of falling also had a higher risk of realizing this fear, the study found. The study is quite small, and additional larger studies are needed to more clearly understand the factors that may contribute to falls in people with COPD, the researchers acknowledge in the journal Respirology. Even so, the findings add to a growing body of evidence highlighting the increased fall risk faced by COPD patients, Dr. Samantha Harrison, a researcher in respiratory medicine at West Park Healthcare Center in Toronto, said by email. “We know that balance is impaired in individuals with COPD and poor balance is associated with an increased risk of falls,” Harrison, who wasn’t involved in the study, said by email. Workouts to improve balance and stability may help minimize this risk, she said. “Participation in balance training delivered within a pulmonary rehabilitation program has been found to improve balance confidence and may have some impact on patients’ fear of falling,” Harrison added. –Reuters