Cilic and Nishikori set for US Open rematch 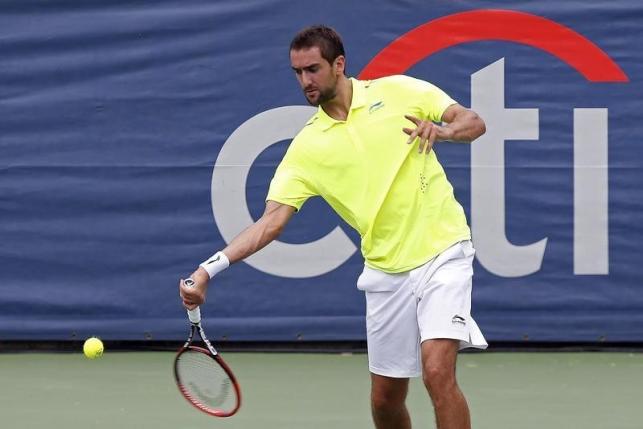 Cilic and Nishikori set for US Open rematch

WASHINGTON - Marin Cilic and Kei Nishikori will meet in the semi-finals at the Citi Open in Washington on Saturday, their first encounter since the final of last year's US Open. The other semi-final will see American John Isner meet compatriot Steve Johnson after eighth-seed Isner defeated Ricardas Berankis of Lithuania 6-3 5-7 6-3, while Johnson upset 15th-seed Jack Sock 7-6 6-1. Third-seed Cilic beat German teenager Alexander Zverev 7-5 7-6 in quarter-final action on Friday, while second-seed Nishikori ended the run of Australian qualifier Sam Groth 6-4 6-4. Japan's Nishikori has beaten Cilic in five of their eight head-to-head matches, but in their last meeting at Flushing Meadows last September the Croatian prevailed in straight sets (6-3 6-3 6-3) to win his first Grand Slam title. Nishikori has been one of the strongest players this season. He has moved up to No. 5 in the world rankings with a 41-9 record. Only Novak Djokovic (48-3) and Andy Murray (48-8) have more match wins on the 2015 ATP World Tour. "Hopefully, I can get some revenge against Marin," Nishikori said. "I've been playing good here and hopefully I can come up with another good one in the semis tomorrow." Nishikori survived eight aces against the hard-serving Groth, who reached 147 mph (236 kph) with his serve. "It's great to be back in the semi-finals here and to have a chance to play against Kei in the United States," world number eight Cilic said. "It's a great way to start the summer hardcourt season, and I feel that my form is getting better match after match." -Reuters