Cilic ready to step up against record-chasing Federer 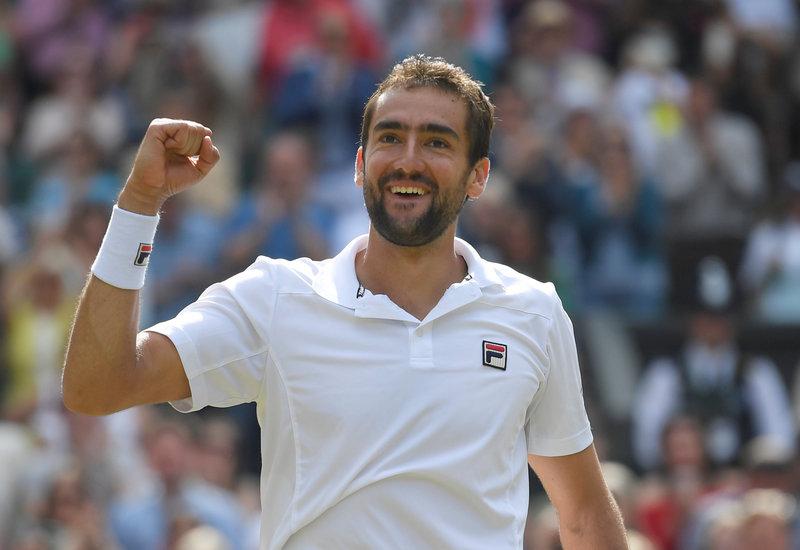 Cilic ready to step up against record-chasing Federer

In seven meetings against the tall Croatian, Federer has lost just once, a 2014 U.S. Open semi-final defeat as Cilic went on to claim his maiden grand slam title.

In last year's quarter-finals at the All England Club, Federer saved three match points before edging out Cilic in five sets and the closeness of that match is comforting for the Croat.

"I was one point away from winning a match over here against him. Definitely, I believe in my own abilities to get through and to win it," the 28-year-old said.

"But I still know that it's a big mountain to climb. Roger is playing maybe some of the best tennis of his career at the moment, having a great season. So I know it's going to be a huge challenge. But I believe I'm ready," he added.

However, the Swiss, level with Britain's William Renshaw and American Pete Sampras on a joint record seven Wimbledon titles, enters the final as the clear favourite, having not dropped a set in entire the tournament.

Should he triumph, Federer, who turns 36 next month, will become the oldest winner of the Challenge Cup since tennis turned professional in 1968.