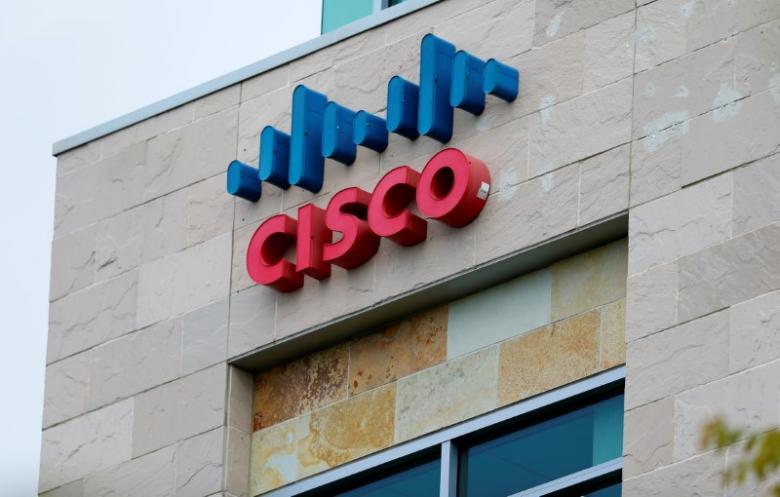 CALIFORNIA (Reuters) - Shares of Cisco Systems Inc and other network equipment makers fell after a report that Amazon.com Inc’s cloud services business was considering selling its own network switches to business customers at much lower prices. Cisco’s shares were down 5 percent, wiping off nearly $11 billion from its market capitalization. Shares of Juniper Networks Inc and Arista Networks Inc fell 4 percent as investors feared that Amazon’s scale and pricing power could disrupt the sector. The report comes days after Amazon sent shockwaves across the drug retailing sector with its move to buy small online pharmacy PillPack. The networking devices will consist of open-source software and unbranded hardware known as “white-box” switches and come with built-in connections to AWS cloud services, such as servers and storage, the Information said. Amazon Web Services could price its white-box switches 70-80 percent less than comparable switches from networking giant Cisco, the report said, citing one of the people with direct knowledge of the unit’s plan. “If true, we think this would be a notable negative for the networking equipment space going forward,” RBC Capital Markets analyst Mitch Steves wrote in a note. AWS expects to launch the switches for sale within the next 18 months, according to the report. Amazon and Juniper did not immediately respond to a request for comment. Cisco and Arista declined to comment.