ISLAMABAD (92 News) – Prime Minister Imran Khan has said that cities are spreading and green areas are eliminating due to pressure of population.

Addressing a ceremony held to sign an MoU between the Climate Change Ministry and the World Bank on Tuesday, he said that the elimination of green areas due to cities is a matter of concern.

"It is very essential to protect mangroves. Pakistan has very less ratio of forests as compared to the required ration," he maintained. 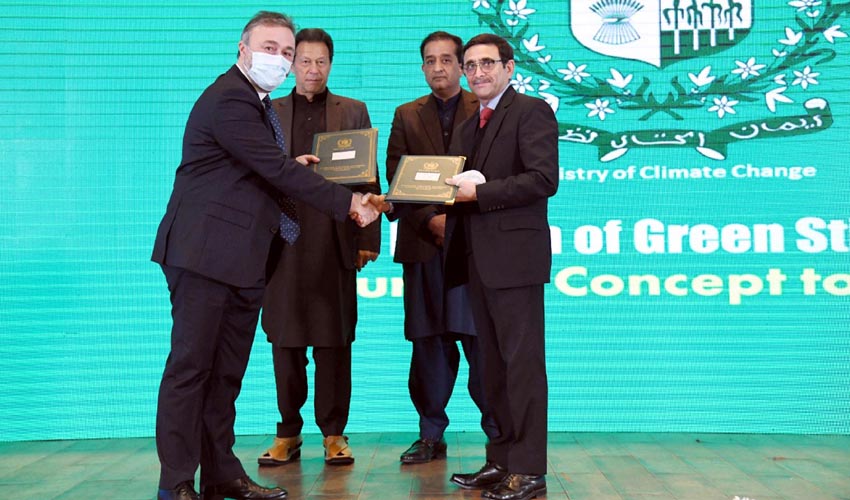 The prime minister said that the protection of forests is included in the priorities of the government. "Pakistan is mostly affected by the climate change and it is not our fault. The world knows that there will be devastating effects if steps not taken with regard to climatic changes. Today's agreement will yield positive results," he maintained.

He opined that glaciers are melting due to climatic changes. "We announced 15 national parks during our tenure. "A reduction in green areas is the main reason behind air pollution. Forests are being grown in different barren areas of Dera Ismail Khan," he added.