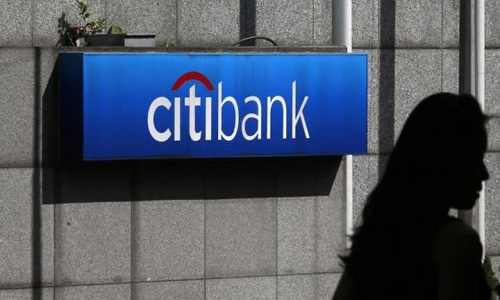 NEW YORK (Reuters) - Citigroup Inc (C.N) said additional government authorities have started probes of possible breaches of anti-money laundering laws at its Banamex USA unit. The Financial Crimes Enforcement Network, a unit of the US Treasury, and the California Department of Business Oversight have asked the company for information on its compliance with the Bank Secrecy Act and anti-money laundering rules, Citigroup disclosed in an annual filing with the US Securities and Exchange Commission on Wednesday. The disclosure comes one year after Citigroup revealed a criminal probe by a federal grand jury in Massachusetts and inquiries from the US Federal Deposit Insurance Corp into the matter. Citigroup said it is cooperating with the investigations. Banamex USA is an affiliate of Mexico City-based Banamex, which Citigroup bought in 2001 and which operates a few branches in the United States. The filing on Wednesday also showed that Citigroup has reduced its estimate of possible unreserved legal costs to $4 billion from $5 billion at the end of September. Citigroup said in January it was recording $2.9 billion in expenses in the fourth quarter to bolster its legal reserves. Banamex is the second-largest bank in Mexico and was once seen as a model of Citigroup's strategy of capitalizing on growth in emerging markets. But Banamex's standing, and Citigroup's management of the subsidiary, were called into question in 2013 when it lost money on loans to Mexican homebuilding companies and again in 2014 when it disclosed losses from apparent fraud in lending to a supplier of Pemex, the Mexican oil company. Manuel Medina-Mora, who rose from being CEO of Banamex to chief executive of Citigroup's global consumer business, said last week that he will retire in June.