City's Aguero racing to be fit for Chelsea clash 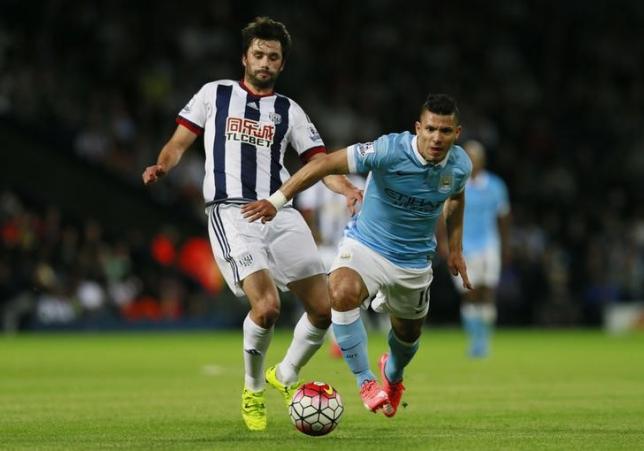 City's Aguero racing to be fit for Chelsea clash

LONDON - Manchester City striker Sergio Aguero is racing against time to be fully fit in order to start Sunday's Premier League clash against defending champions Chelsea. City's top scorer with 26 Premier League goals last year missed most of pre-season due to his involvement in the Copa America with Argentina. However, he came off the bench in the second half of the impressive 3-0 win at West Bromwich Albion in their Premier League opener on Monday. Aguero was unsure if he would have to take a place among the substitutes once again for the fixture against Chelsea, who were held 2-2 at home by Swansea City on Saturday. "Whether I start or not remains to be seen," Aguero told the club's website (ww.mcfc.co.uk). "I'm trying to get there and be in top condition, but arriving for pre-season later having taken part in the Copa America with Argentina means I need some additional time. "With the whole season in mind, what matters the most is that I get in top form and don't take any risks." Aguero expected more teams to challenge for the league title this year as City bid for their third in five years. "It'd be very naive to think that Chelsea will be the only team competing for the top position -- there will be many of us and each one will challenge in their own style," Aguero said. "Getting as many points as possible from the teams that are the most likely title challengers obviously makes sense, but we need to win against every team." A victory against Chelsea would open up an early five point advantage over the champions but Aguero was more concerned by City's failings against the lower ranked sides last year. The Manchester club dropped 18 points against teams outside the top eight in 2014-15 as they finished eight points behind Chelsea. "Prevailing over those (top) teams but failing to deliver against the rest serves no purpose," he added. -Reuters