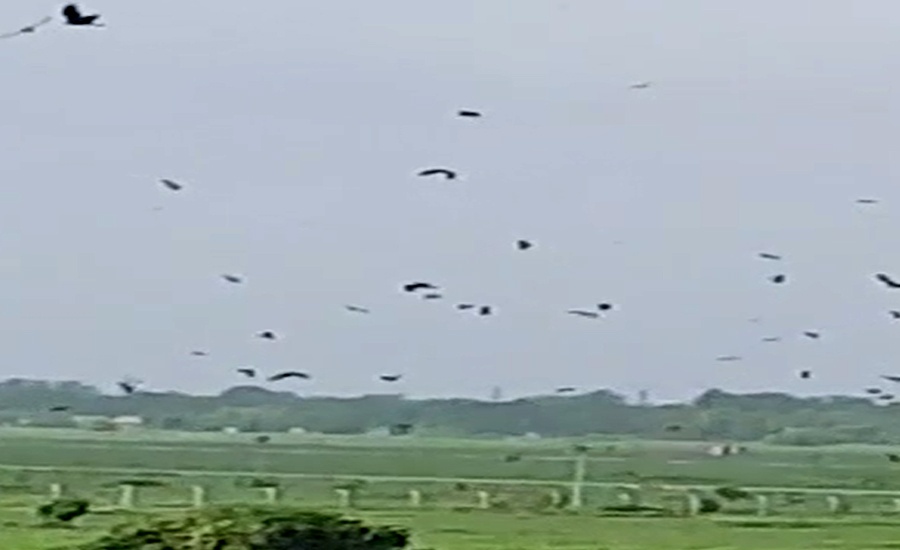 LAHORE (92 News) – The flight operations at Allama Iqbal International Airport have been disrupted on Wednesday due to the presence of a huge flock of birds creating trouble during landing and departure of airplanes. The Civil Aviation Authority (CAA) stopped the planes from landing at the airport and the flights were diverted to other cities in order to avoid the untoward situation. The Lahore airport is surrounded by birds and posing threat to planes. Meanwhile, the CAA has stopped international flight PK-624 from Dubai has been diverted to Karachi airport. PK-3042 flight, national airlines coming from Madinah to Lahore, landed at Multan airport and PK-628, coming from Doha, was sent back. The Pakistan International Airlines (PIA) spokesperson said that the Lahore airport was closed for landing and departure due to suddenly flock of bird’s surrounding air boundary of airport. He added that due to stoppage of Lahore airport, several flights were delayed.

A PIA flight carrying 342 passengers have to make emergency landing at Sialkot airport after a bird struck with the aircraft. The flight, PK-734, was flying from Milan to Lahore before it landed in Sialkot reportedly after a bird hit with plane. The plane fortunately averted a disaster. https://www.youtube.com/watch?v=QKtInjxpEPI A PK-734 and had around 342 passengers including children inside. The plane was damaged at the front due to a bird crashing into it after which, the pilot landed the plane at the Sialkot’s airport. The passengers have been stranded in the airplane for more than two hours. Furthermore, several flights scheduled to depart from the Lahore airport have been delayed.