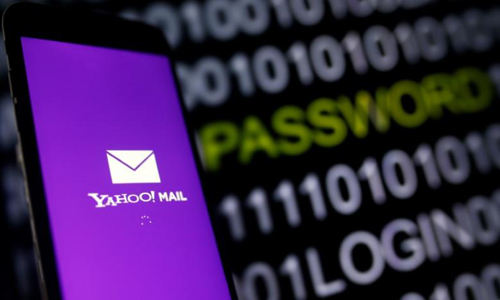 SAN FRANCISCO- An international civil liberties group that has worked with web companies on human rights and surveillance issues is asking Verizon Communications Inc to examine a secret email scanning program run by its acquisition target Yahoo Inc and improve on its user protection record.
Access Now, an international digital rights group, wrote to Verizon on Tuesday about scanning conducted in 2015 at the behest of U.S. intelligence authorities and first reported by Reuters last week. Federal officials said the search was at the direction of the Foreign Intelligence Surveillance Court and sought emails containing a specific set of characters associated with a terror group backed by another government. Access Now pressed the communications carrier to make sure that Yahoo does more to protect user data, keeps security staff informed of relevant policy decisions and keeps its commitments to surveillance reform. "We have an ongoing and constructive engagement with Access Now and will review their recommendations and consider them carefully," Verizon said in an emailed statement. The letter, provided to Reuters in advance of its publication on Wednesday on the group's website, points to mixed feelings among privacy and security experts about the pending $4.8 billion acquisition. Yahoo has in past years enjoyed a good reputation for protecting users from government pressure, lobbying for restrictions on broad searches and appealing warrantless inquiries from the secret U.S. intelligence court. Like other major telecommunications carriers, Verizon has been seen by privacy experts as more closely aligned with the interests of government regulators, law enforcement and intelligence agencies. But Verizon has begun publishing a transparency report of the sort pioneered by web companies, quantifying and explaining government information requests, and it has also fought some data demands in court. Verizon has also observed that Yahoo will give it a more global customer base with different expectations. “They seem to recognize that this is kind of an opportunity to build on the privacy and security commitments that I think are essential when we talk about expanding globally,” said Drew Mitnick, policy counsel at Access Now. Among those who have faulted the Yahoo search or the way it was conducted are members of both houses of Congress, the United Nations special rapporteur on freedom of expression, Ireland's Data Protection Commissioner and the BEUC, an umbrella group of Europeans consumer groups. Yahoo declined to comment about Access Now's request. The company's rights policies are being addressed in the integration process, according to a person familiar with the matter. -Reuters