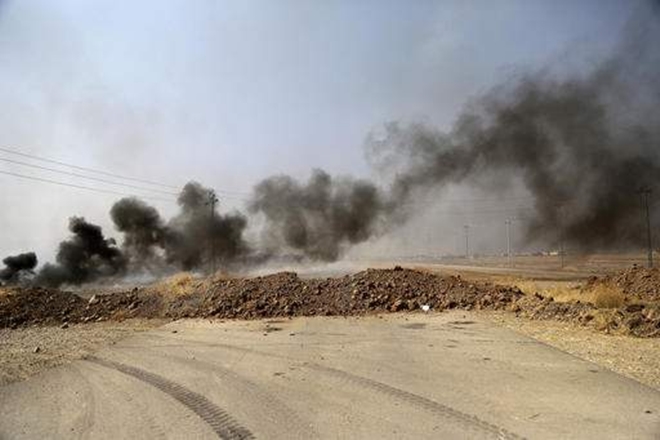 KUNDUZ, Afghanistan (Reuters) - As many as 14 people, including women and children, were killed in an air strike carried out during an operation by Afghan security forces near the northern city of Kunduz  ,officials said. Afghan officials said the incident was still being investigated and it was unclear whether the casualties had been caused by Afghan or US aircraft, both of which flew missions in support of the operation. A statement from the US military said there was no indication that its aircraft were responsible. The civilian deaths add to a total that reached record levels in the first half of the year, according to a United Nations report this week that noted a sharp jump in casualties from air strikes. Nematullah Temori, a spokesman for the Kunduz governor, said women and children were among 14 people killed in the raid in Chardara, a district outside Kunduz city . As air strikes have increased, the UN report said civilian casualties from aerial attacks rose by 52 percent in the first half of the year to 353 killed and wounded. It urged forces to improve civilian protection in air operations. Mohammad Radmanish, a spokesman for the ministry of defense, confirmed that a number of civilians had been killed but said details were still unclear. “An investigation team from Kabul has been deployed to the province to investigate the incident,” he said. “For the moment, it is difficult to say how many civilians were killed or wounded and who carried out the air strike.” A statement from the US military command in Kabul said US forces had conducted strikes in the area in support of Afghan-led ground operations, but that its on-the-ground assessment of those strikes gave no indication US forces had caused civilian casualties. According to the United Nations, at least 1,692 civilians were killed in the conflict during the first half of the year, the highest total for the first half of a year that the world body has recorded since it adopted its method of tallying casualties in 2009. In April, dozens were killed by a strike on Dasht-i Archi district that local villagers said hit people attending a religious ceremony.