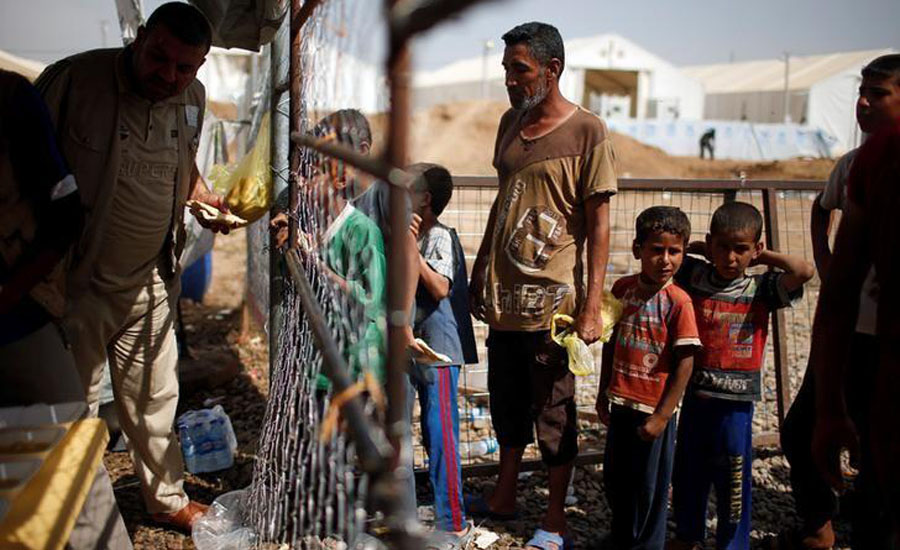 GENEVA - As many as 450,000 civilians are trapped in Mosul's Old City, caught up in house-to-house fighting between Islamic State and Iraqi government forces and cut off from aid, the International Committee of the Red Cross (ICRC) said on Wednesday.

The Iraqi army says it is in the final stages of its campaign to rout the Islamist militants from their last major urban redoubt in Iraq, seven months after the US-backed operation to recapture the city began.

"This population is not only exposed to the immediate dangers of the conflict itself and being either targeted or hit as collateral damage, but is also facing the effects of just no longer really having much access to the basic essentials that they need to live," Hamilton said after a trip to Iraq.

Thousands have fled every day since the US-backed forces opened up a new front last week in the northwestern corner of the city, which includes the historic Old City centre, where the militants are besieged.

The ICRC said Iraqi authorities were already overwhelmed by the exodus of 600,000 people from the city, Iraq's second largest, since October. Another 100,000 to 200,000 could flee the final battle for the Old City, it said, citing UN figures.

The agency has deployed mobile surgical teams close to the frontline but has not been able to access the Old City. "People don't have enough to eat, don't have water," Hamilton said. "Babies, elderly and so on of course they are very vulnerable and may already be dying."

Hamilton said the battle for Mosul had been a "very long, attritional fight". The final phase was expected to be the most difficult in a densely populated ancient city with narrow alleyways, he said.

Iraq is the ICRC's second largest humanitarian operation after Afghanistan, with 150 expatriate staff and 1,000 nationals deployed. ICRC surgeons are working in the Rozhawa hospital in west Erbil, which received 80 percent of war wounded from east Mosul, Hamilton said.

ICRC officials are also monitoring the screening of men fleeing Mosul as the Iraqi authorities seek to identify fleeing militants, and have visited 45,000 people detained across the country.

He said the agency had concerns about the "de facto screening that is done at the first point of contact" between troops and civilians on the frontline, rather than the screening carried out at designated sites further back.

Hamilton said that while the ICRC was engaged in confidential dialogue with Iraqi authorities and the US-led coalition on the rules of war, including the conduct of government-allied militias, it had no contact with Islamic State. -Reuters