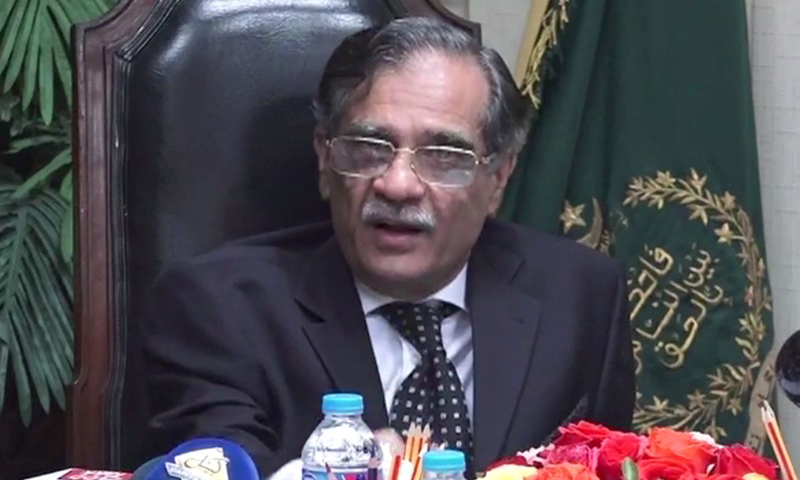 LAHORE (92 News) – Chief Justice of Pakistan (CJP) Mian Saqib Nisar on Friday expressed anger on national Accountability Bureau (NAB) over absence of accused Mohsin Warraich in National Insurance Company Limited (NICL) case. A bench headed by Chief Justice Saqib Nisar heard the case at SC Lahore Registry. During the hearing, the chief justice expresses anger on NAB for not arresting the prime accused in National Insurance Company Limited (NICL) case. The chief justice remarked that he knows how to arrest the main accused as they have to adopt the same strategy that was used to detain Rao Anwar. On the other hand, the Federal Investigation Agency (FIA) official stated that all the possible technical steps are being taken to apprehend the accused.  The apex court gave one week time to the FIA for arresting suspect Mohsin Warraich. Earlier, Ayaz Khan Niazi was arrested from the SC premises after his bailed was cancelled. The five-year-old scam involves financial embezzlement by former NICL chairperson Ayaz Khan Niazi, Mohsin Habib Warraich, then commerce minister (late) Makhdoom Amin Fahim, and several others regarding purchase of the official land.