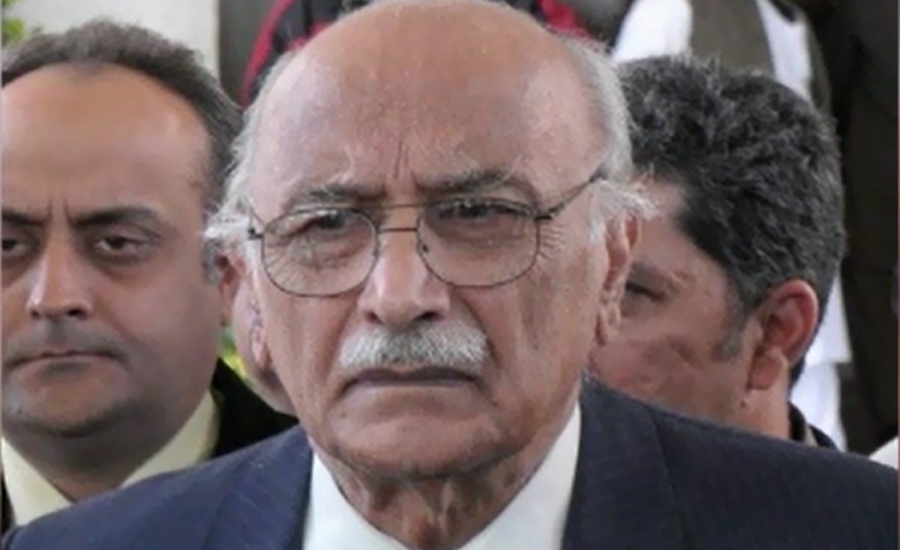 LAHORE (92 News) – Chief Justice Mian Saqib Nisar lambasted over the federal government for failing over finalization of an implementation plan in Asghar Khan case verdict. A three-member bench – headed by the chief justice – was hearing the case at Supreme Court’s (SC) Lahore Registry. The enraged chief justice remarked on the outgoing government that why the federal cabinet hasn’t done anything regarding the Asghar Khan case verdict. He added that this was a serious case but the government is least concerned about it. Appearing before the court, the attorney general (AG) requested that please gives us more time to summon a meeting of the cabinet. To the reply expressing anger, the chief justice said that the cabinet should hold a meeting today and take a decision. The CJP ordered the AG that he must tell us about cabinet’s decision today only. Moreover, Director-General Federal Investigation Agency Basheer Memon appeared before the court and informed that an inquiry into the Asghar Khan case is ongoing Earlier, during the last hearing, Nisar had remarked that the court had announced its verdict and rejected review petitions of former army chief General Mirza Aslam Baig and former Inter-Services Intelligence (ISI) DG Lieutenant General Asad Durrani accused of illegally influencing 1990 elections. On May 8, the apex court gave a week’s time to the federal government to summon a cabinet meeting to determine what action to take in light of the case verdict. The chief justice directed the federal government to implement the court’s earlier verdict and decide what action has to be taken against the accused in the case. Nisar also observed that it is the government’s job to determine in which court former army officers are to be tried.