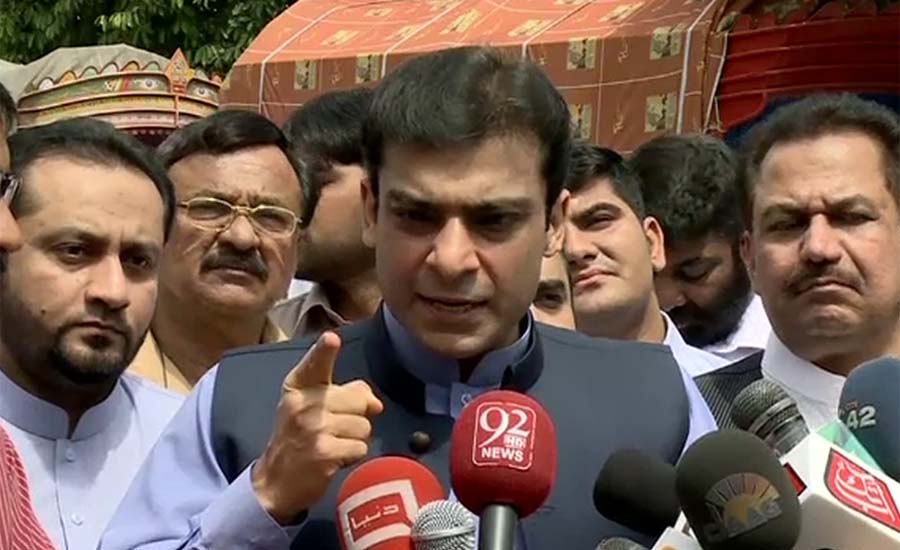 LAHORE (92 News) – Chief Justice of Pakistan (CJP) Mian Saqib Nisar on Saturday ordered to register a case against Pakistan Muslim League-N (PML-N) leader Hamza Shahbaz including all names nominated in the plea for threatening Ayesha Ahad. According to the details, the chief justice heard a case against Hemza Shahbaz at at Supreme Court (SC) Lahore registry. Ayesha Ahad, who claims to be the wife of Shehbaz Sharif’s son Hamza Shahbaz, has pleaded that she and her daughter are facing life threats from Hamza. Upon her plea, the chief justice has summoned Hamza Shahbaz to record his stance at 1 pm. The chief justice asked Punjab advocate general to call Shehbaz Sharif and make sure that Hamza appears before court. “Wherever he is, he should appear before the court. We can’t see anyone’s life in trouble,” he said. Asking Khawaja Salman Rafique about the Hamza, he told that he has no knowledge about it. "You are with Hamza all day and you don’t know about where is he," the chief justice remarked to reply. Punjab Advocate General said that the PML-N is abroad and will return within two to three days. CJP expressed anger over not filing case on session court’s order and ordered to register a case against all accused nominated in the Ayesha's plea. However, the court has directed to provide security to Ayesha Ahad. The chief justice asked Punjab IGP that why do you get upset over my orders.