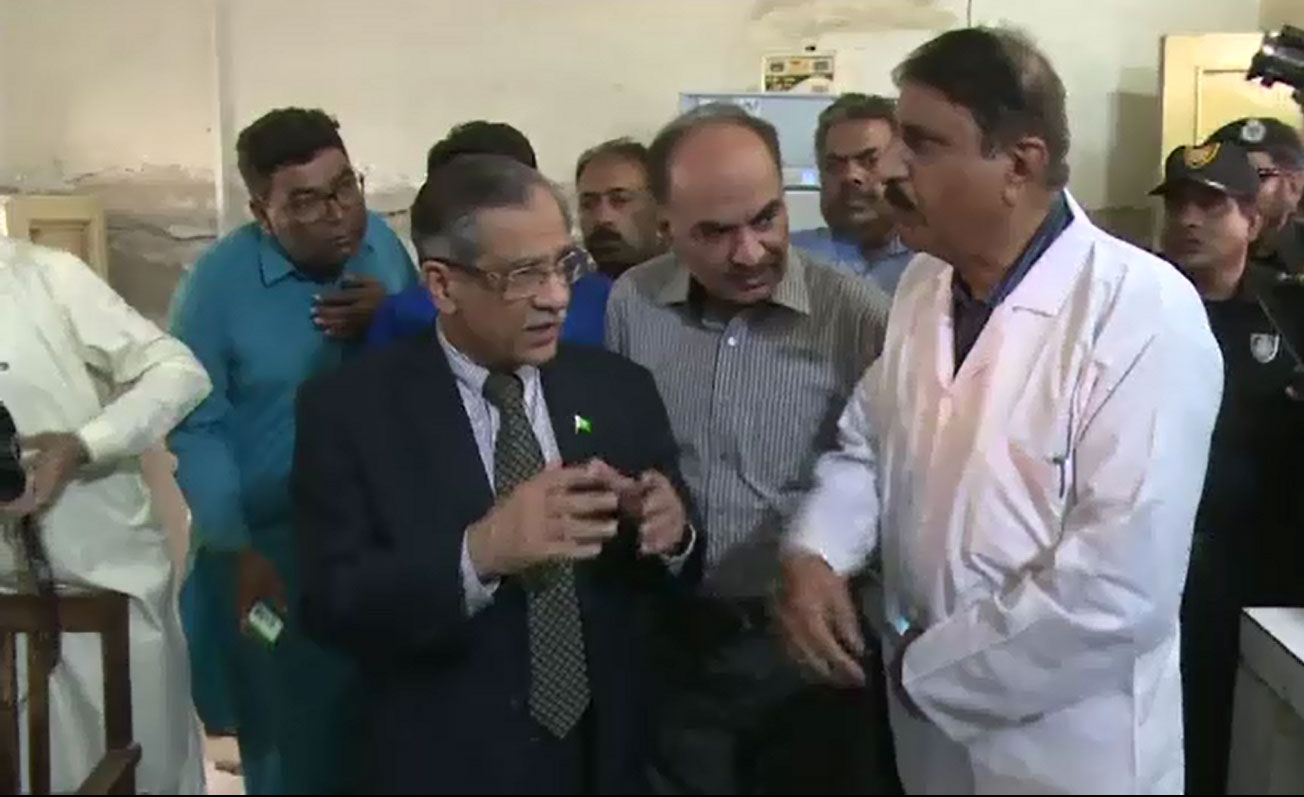 LARKANA (92 News) – Chief Justice of Pakistan (CJP) Justice Mian Saqib Nisar on Saturday visited Chandka Medical College and Hospital and rebuked the hospital's admin for poor cleanliness condition. During his visit, the chief justice examined the infrastructure and cleanliness situation of various departments. Reviewing worst cleanliness condition and garbage dumps around the Urology department, the CJP expressed anger on the medical superintendent of the hospital and Larkana Mayor. "Mashallah your laboratory is so good that you keep such a dust and mess in your laboratory," the top judge said. Saqib Nisar directed the management to immediately remove the heaps of garbage in the hospital. He mentioned that the administration is responsible to clean the hospital and ordered the medical superintendent to ensure cleanliness. – Visits to session courts – Chief Justice of Pakistan Justice Mian Saqib Nisar has directed the judges at district courts to decide cases expeditiously in accordance with law. Speaking during a visit to District Courts Larakana today, he said lawyers should also appear in cases regularly and avoid undue adjournments so that cases can be decided in time. The top judge expressed annoyance on judges for the proceedings of pending cases in the courts with slow pace. On the occasion, some people met the chief justice of Pakistan and complained that their relatives are missing and their whereabouts are still unknown. Taking cognizance of the issue, the CJ summoned the DG Rangers Sindh, provincial inspector general of police, and provincial heads of IB, ISI and MI at Supreme Court Karachi Registry tomorrow. The chief justice picked up the phone of additional session judge and throw on the desk with anger. "You should leave your phone to your home," he directed to the additional session judge. Chief Justice Nisar was accompanied by Sindh High Court Chief Justice Ahmed Ali Shaikh on the visit.