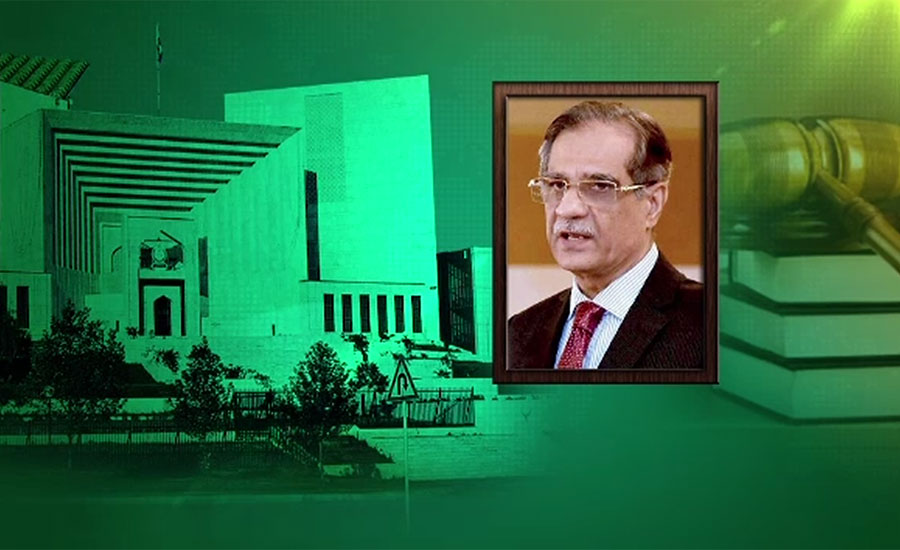 KARACHI (92 News) – Chief Justice of Pakistan (CJP) Mian Saqib Nisar on Friday has summoned Sindh Chief Minister Murad Ali Shah in over alleged non-cooperation in money laundering case. The CJP heard the case against fake bank accounts in Karachi Supreme Court Registry. The head of the Joint Investigation Team (JIT) Ahsan Sadiq was present in the court, along with other officials. The top judge summoned Murad Ali Shah Murad Ali Shah in his chambers over complaints of the provincial government’s non-cooperation in a probe against a mega money laundering scam. During the hearing, the chief justice remarked that he will sit there and not spare anyone involved in the scam and also directed the Sindh chief minister to appear in the chamber at 1:30pm. The court directed all the departments for cooperation with the JIT. “There will be strict action against those who fail to follow the court orders,” the chief justice warned. Earlier, Omni Group CEO Aslam massod was arrested by Interpol in Saudi Arabia over Money laundering scandal. However, the Federal Investigation Agency is investigating 32 people in relation to money laundering from fictitious accounts, including former president Asif Ali Zardari and his sister Faryal Talpur.