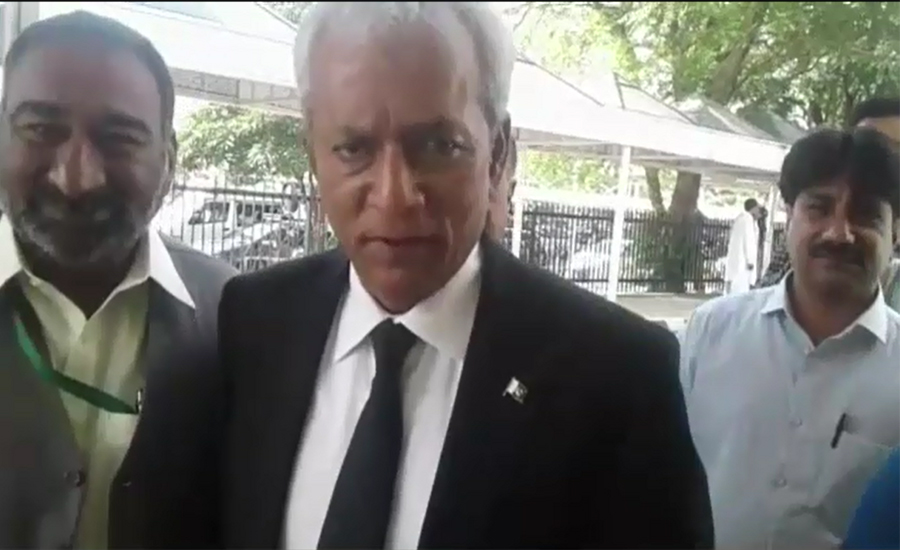 ISLAMABAD (92 News) – Chief Justice of Pakistan Justice Saqib Nisar accepted on Tuesday the apology of Pakistan Muslim League-Nawaz (PML-N) leader Nehal Hashmi. A three-member bench accepted the apology after conducting proceedings today and then wrapped up the contempt of court case hearing against him. Hashmi's apology came after representatives and leaders of bar associations pleaded the Supreme Court on Tuesday to show kindness and forgive Hashmi, a member of the bar and disqualified senator. In his apology, Hashmi said he accepts what the bar leaders have said and asked for forgiveness and mercy from the court. "I will never say anything regarding you [chief justice] anywhere," he assured the Supreme Court. As proceedings began, lawyers' leader Rasheed A Rizvi requested the court to briefly adjourn the hearing as several lawyers’ leaders are present and will consult and inform the court of their opinion on how to proceed with the case. Supreme Court Bar Association President Pir Khurshid Kaleem was also present in court. On seeing him, the chief justice remarked, "you are the pir [spiritual leader] of your area and ours as well". The hearing was then adjourned until 1pm. On the other hand, hearing of contempt case against PML-N leader Talal Chaudhry has been adjourned till April 6.