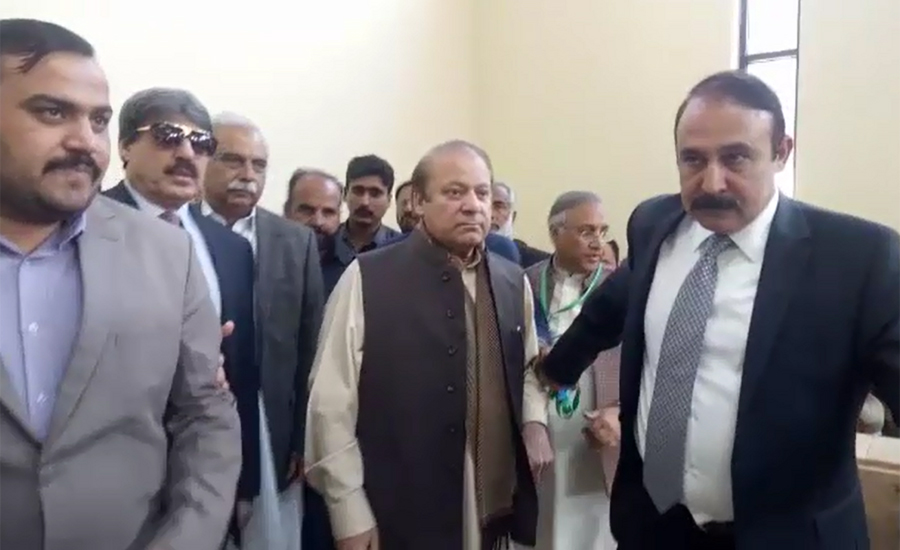 ISLAMABAD (92 News) – Chief Justice of Pakistan Mian Saqib Nisar has hinted at forming a joint investigation team (JIT) in the Pakpattan land sale case against former premier Nawaz Sahrif. Hearing the case on Tuesday, the CJP questioned Nawaz Sharif about the stance given from him in the case. “If the case is judged in comparison with the Attaul Haq Qasmi case, you have done it. The LHC had given the verdict that the Auqaf Department owned the land, but you gave it to a private ownership,” he remarked. Nawaz Sharif said that the matter is 32-year-old and it is not in his knowledge. “It is also not in the knowledge of my secretary.” At this, the CJP informed him about the background of the case. The CJP and Nawaz Sharif also exchanged an interesting dialogue. When the CJP hinted to make a JIT, Nawaz Sharif said that his experience with the JIT is not good. The CJP remarked: “We make you the judge. It’s not job of courts to do justice. You yourself should investigate the matter.” The court adjourned the case for a week.