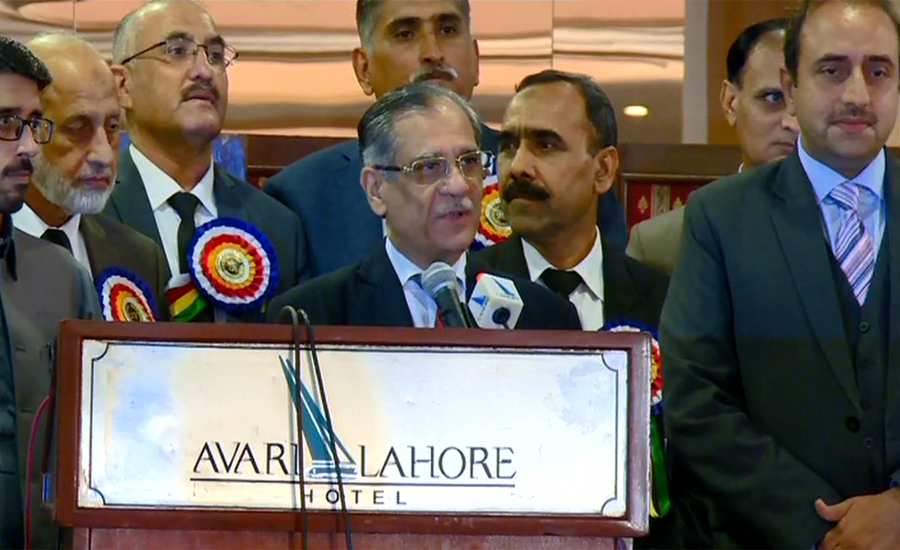 LAHORE (92 News) – Chief Justice of Pakistan Mian Saqib Nisar said that the delay in justice has become cancer in the society. Addressing a ceremony on Friday, he said that the person seeking justice dies when he is given the next date. He said that the people like Mansha Bomb are occupying the properties of the people and they will visit courts to get back their properties. “We have to make the law simple and rectify the system. The days are gone when generations used to contest a case. A revolution was brought in Swat by chanting the slogan of early justice. No school or college was constructed there. Girls’ schools were torched,” he said. The CJP said that the people want quick justice. “The 18th century laws are in vogue and they need to be changed,” he said. He questioned that how a society erected on dishonesty can deliver. “An amount of Rs 55,000 is spent on a judge. How will decisions be made early if a judge will not fulfill his/her responsibility?” he questioned. The CJP said that he had called the heads of secret agencies and given them the list of missing persons and a separate bench has been formed to hear the case. “The next generations will not forgive us if we did not prove our credibility,” he maintained. He also expressed his indignation at water companies earning billions of rupees for nothing.