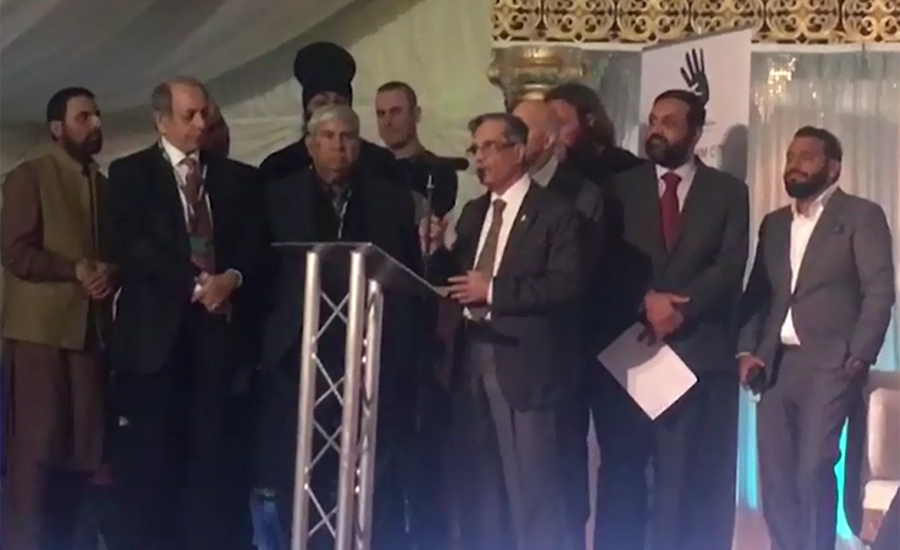 BIRMINGHAM (92 News) – Chief Justice of Pakistan Mian Saqib Nisar said that the country was not created to violate the law. Addressing a ceremony on Saturday, he said: “Now we are aware that we have to do something for the country, not for self.” The CJP said that no one gave them Pakistan for charity. “Plunder is going on the in the country. Kashmiris gave a lot of sacrifices for dams,” he maintained. He said that the knowledge about the illness of the Quaid-e-Azam could become a hurdle in the creation of Pakistan. “For this reason, the Quaid-e-Azam kept his disease a secret. It is called love. A leader becomes an example for others. Then the people follow him,” the CJP said. He said that the judiciary will resolve the problems of overseas Pakistanis. “There are no resources for quality education in schools,” he said.