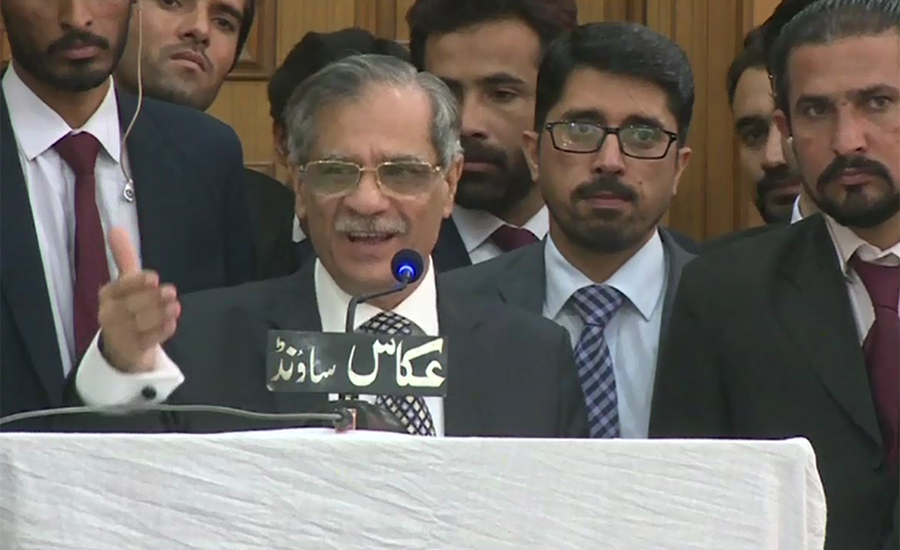 QUETTA (92 News) – Chief Justice of Pakistan Mian Saqib Nisar has expressed concern over shortage of water in Balochistan. Addressing a ceremony on Monday, he said that the water level in the province had gone at extreme low. “Should responsible people be not held accountable?” he said. “We have received all things from Pakistan and now it is time to deliver.” The CJP said that they will continue to highlight the issues. Addressing a gathering after inaugurating a new building of Quetta Registry on Monday, he said that occupants, not buildings, are recognition. “Justice is mandatory for a society,” he observed. The CJP congratulated all on completion of the Quetta Registry project. He prayed that the building should play a role for provision of justice. He said that societies are formed on the basis of justice. Later, the CJP headed a three-member bench and heard different cases in the new building. The Balochistan High Court chief justice, judges and senior lawyers were also present.