Those claiming of breaking begging bowl have made nation a beggar: Imran Khan 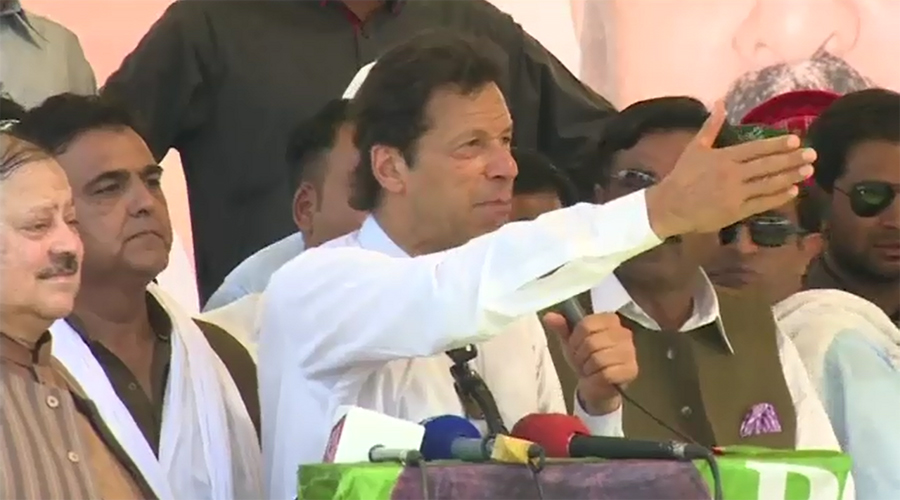 Those claiming of breaking begging bowl have made nation a beggar: Imran Khan

DHUDIAL (92 News) – PTI chairman Imran Khan has said that those claiming of breaking the begging bowl have made the nation a beggar. Addressing an election rally in Dhudial on Tuesday, he said that the country’s loans had increased and the rulers should tell where Rs four billion have gone. He said that the nation wanted democracy and he had not struggle for 20 years for the imposition of the martial law. “Those looting the banks are giving me the lesson of democracy,” he said. Imran Khan said that unemployment was on the rise. “The loans amounting to Rs 6,000 billion have increased during three years,” he said. He said that he was witnessing more change in AJK as compared to other places. “The youth of AJK have consciousness,” he maintained.