WHO clarifies it did not recommend Dengvaxia to any country 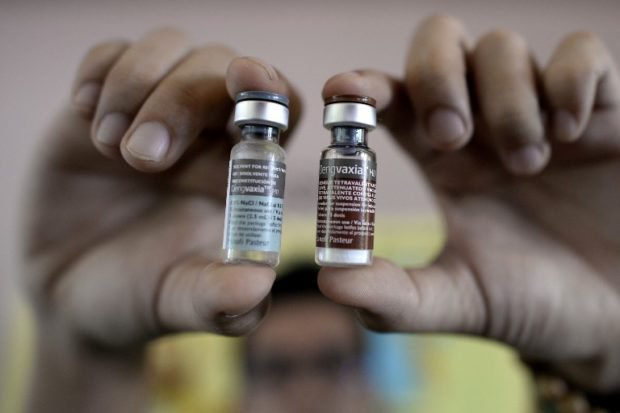 WHO clarifies it did not recommend Dengvaxia to any country

MANILA – The World Health Organization (WHO) is aware of the concerns of Filipinos, especially mothers, whose children have received dengue vaccination. In a statement released by world agency on its website, Tuesday, it clarified that it did not recommend to countries the introduction of the controversial Dengvaxia vaccine into their national immunization programs, stated in the position paper it released last July 2016. Instead, the international body stated the matters that should be taken into consideration by national governments in deciding whether or not to use the said vaccine. WHO also said that the previous leadership of the Philippine’s Department of Health (DOH) already launched the Dengue Mass Immunization Program even before it released its advisory regarding the vaccine. Until now, WHO is still waiting for the results of the expert studies on the possible effects of Dengvaxia to individuals who received the vaccine. The WHO also supports the decision of the DOH and the Food and Drug Administration (FDA) to order the pharmaceutical giant Sanofi Pastuer to halt the market sale and distribution of Dengvaxia. According to DOH Asst. Sec Lyndon Lee Suy, who already held a meeting to form recommendations to countries regarding the proper use of Dengvaxia “Because the WHO does not recommend any product at all in general. What they offer is guidance to countries who want to use it. It gives guidelines which become the basis of the countries in terms of its implementation. They will review it again. This vaccine is not just registered in the Philippines but also in 19 countries. All of these countries have a concern because of this one,” Suy said. UNTV News team tried to get the sides on the issue of two former health secretaries who supervised the mass vaccination of Dengvaxia. In response, Dr. Paulyn Ubial said she will release a statement regarding the issue during the Senate’s hearing on the controversy on Monday. Dr. Janette Garin, the Health Secretary during the term of former President Benigno Aquino III, initially said she is ready to face the issue. However, she insisted anew that they implemented the dengue immunization program using Dengvaxia with the guidance and recommendation of the WHO.– UNTV