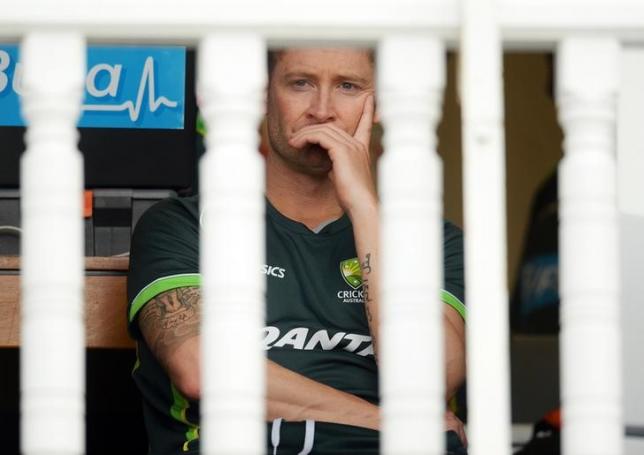 NOTTINGHAM - Australia captain Michael Clarke will retire after the final Ashes Test against England this month, the cricketer announced on Saturday. Clarke was speaking after England won the fourth Test at Trent Bridge by an innings and 78 runs to regain the Ashes. "I want to play the last Test at The Oval and give it one more crack. The time is right," the 34-year-old said. "You never want to walk away. My performances over the past 12 months have not been acceptable to me. "Test cricket is about the Ashes. We tried our best, I certainly tried my best but we got outplayed." Clarke has played 114 tests and scored over 8,000 runs, including 28 centuries. "I certainly don't want to jump ship and leave the boys now," he said. "I pride myself on leading from the front so (my form has) been disappointing. "One-day cricket is about the World Cup, Test cricket is about the Ashes. We got outplayed, we got beaten. It's time for the next generation of players, the next captain, to have his opportunity to try to build the team again and get them ready for the next Ashes series." Clarke revealed that he made the decision on Friday evening. "I felt my performances weren't as good as I wanted them to be," he said. "The decision is never easy. I started playing this great game at six years of age. I'm 34. I wish I could play for another 30 years." England captain Alastair Cook paid tribute to his Australian counterpart. "To Michael from the England team you were a fantastic player, fantastic leader," Cook said. "You should be remembered as a great captain." –Reuters