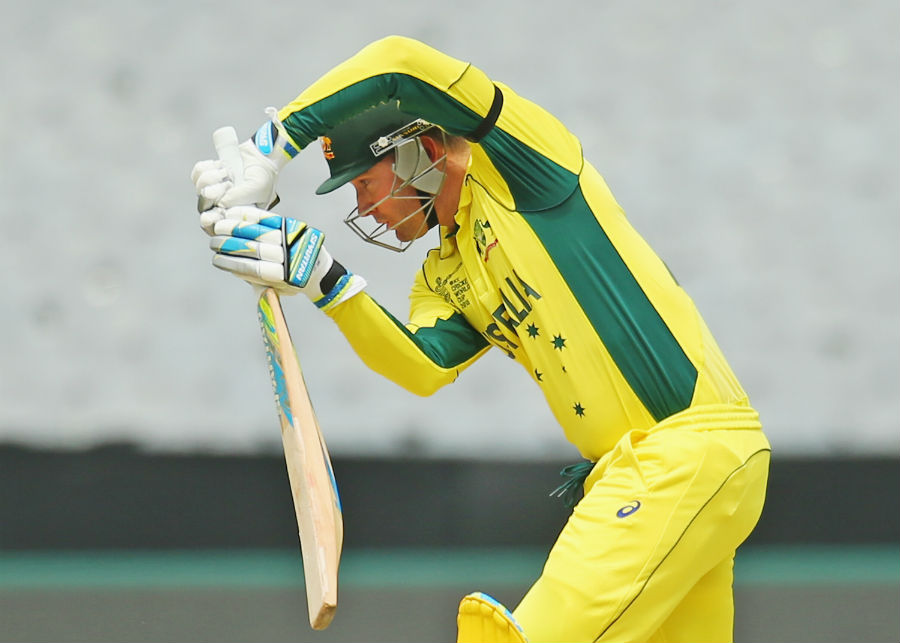 SYDNEY (Web Desk) - Aaron Finch has declared Michael Clarke's comeback into Australia's one-day outfit "a great success", and said the captain did not appear to be hampered by his hamstring during his innings of 64. Clarke and Finch opened the innings and batted together for nearly 20 overs in putting on 123, and Finch's 61 went under the radar as all eyes were on Clarke's form. It was Clarke's first game back for Australia proper since having hamstring surgery in December, although he played for a CA XI against Bangladesh last week in Brisbane. Against UAE, Clarke batted for 90 minutes and faced 61 deliveries, and worked his way into the innings after a slightly scratchy start. "When we were out there we ran a four and then a one back-to-back. I said 'that'll be front-page news tomorrow, that's your fitness test right there'. He seemed fine," Finch said. "I didn't feel as though I was under any pressure to run slower or not take quick singles. "I thought from his point of view it would have been a great success. We'll have to wait and see how he pulls up. From what I saw at the other end he played beautifully, his feet moved well, he hit the ball cleanly and ran well." Clarke also bowled two overs and was on the field for the entire UAE innings, but after they were dismissed in the 31st over, Clarke decided he needed still more work. While the rest of his team-mates warmed down in the rooms after the big win, Clarke was on the MCG outfield for further fielding training, taking high catches. "The dedication that he's got to playing for Australia is second to none," Finch said. "He never leaves anything to chance. I'm not one bit surprised at how he's gone about his rehab and anything. It's so impressive to see how hard he has worked. But it's a home World Cup and probably, if we're realistic, his last opportunity at winning a World Cup, so he wants to be a part of it." Australia's bowling and fielding was consistently sharp in their last practice match ahead of Saturday's game at the MCG against England. Their batting was strong enough to account for the UAE, but Finch said he was impressed at the work of Australia's opponents with the ball and in the field as they kept Australia from running away. "They were excellent," Finch said. "They had some very skilled players. I think you saw throughout our batting innings we never really got away too much. I think to make 304 was about par on this ground. They had some really talented bowlers. Their four spinners all bowled really well and chipped in with wickets. They've got a bright future. Who knows, they might shake a few feathers in the World Cup." UAE's captain Mohammad Tauqir said he was impressed with his bowlers, but disappointed that too many of the batsmen threw their innings away and that they were not able to bat 50 overs. However, he said that after facing Australia at the MCG - albeit in a warm-up game - the players felt they would be ready for anything in the World Cup. "We had a little bit of butterflies in the stomach when we started," Tauqir said. "I think we did well in the first innings, bowling and fielding, but I think quite a few unnecessary strokes with our batting. But the credit goes to the Australian bowlers, they bowled beautifully. But we know we can do better than this. "It was a good learning experience playing against Australia. For the rest of the tournament I don't think there will be any bigger game than this. We are pretty settled down now, and approaching the next games I think we will put up a better performance."