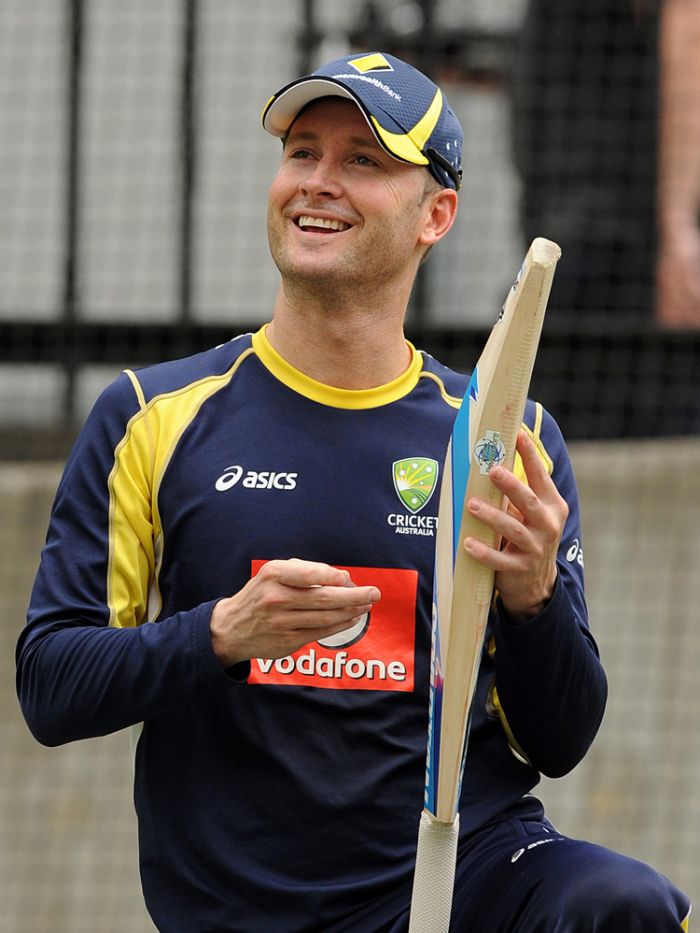 MELBOURNE (Reuters) - New Zealand were "in awe" of Michael Clarke's leadership during the tragedy of Phillip Hughes' death and his inclusion for Saturday's World Cup blockbuster can only strengthen Australia, captain Brendon McCullum has said. Clarke makes his long-awaited return at Eden Park and will be under the microscope as he comes back from hamstring surgery with little match practice under his belt. The 33-year-old was supposed to have been eased in against Bangladesh in Brisbane last week but the match was washed out, leaving him with the more daunting encounter against the World Cup co-hosts in front of a hostile Auckland crowd. New Zealand media have suggested the pressure on Clarke could play into the hands of the hosts on Saturday, but McCullum was taking no positives from it. "No, because I think Michael Clarke is the leader of the Australian team," McCullum told reporters in Auckland. "I think we saw during the tragic circumstances around Phil Hughes' passing how strong a leader he is and the way that he carried himself and the way that he spoke on behalf of the team. "I think that earned adulation and respect from not just Australian people, but also people around the world. "We were certainly in awe of how he was able to handle himself during that time. I think he's very much the leader of that team. We are very respectful of that and I think they are strengthened for his inclusion back in the side." McCullum has won his own admirers after guiding New Zealand through three straight wins at the World Cup and blasting an astonishing 77 from 25 balls to help thrash England in their last match. Australia's players have lined up to sing his praises and say they have made targeting the hard-hitting Dunedin man a priority in their preparations. Australia's chirpy opening batsman David Warner told reporters this week that McCullum could be coaxed into a "brain explosion" if the visiting bowlers hit the right areas. McCullum described Warner as an "outstanding" cricketer but one of only a number of dangerous Australian batsmen for his team to worry about. "I probably am guilty of a brain explosion," he said. "You play long enough, you're going to come up with some pretty -- you're going to make some people weary at times. "I've read most of the reports, as well. I think the Australians have been very complimentary of our group. I think there's been some sensationalism in some of the reporting of it."