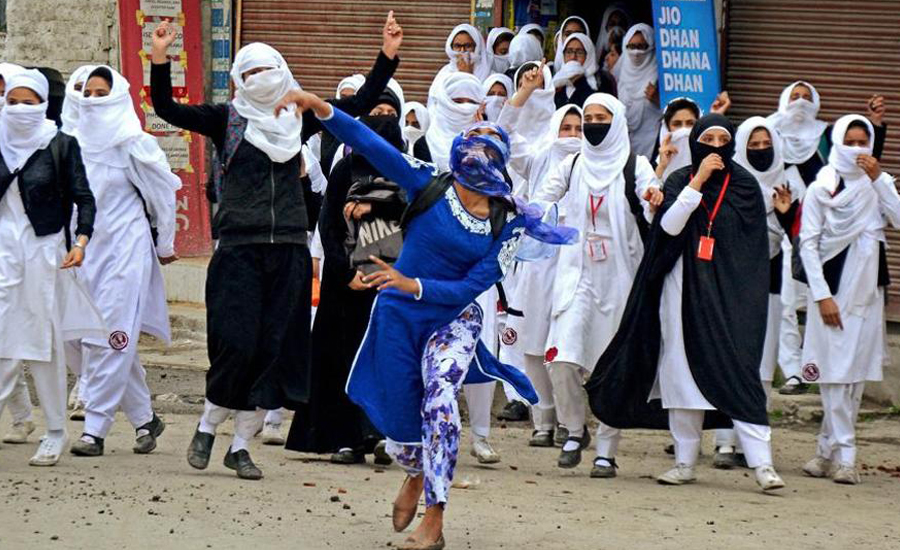 SRINAGAR (92 News) – At least one girl student was injured after Indian forces used tear gas to prevent students from marching into the streets in Kashmir’s Baramulla district on Thursday.

The Kashmiri students staged a massive protest against the arrests of several students during past two weeks of protests across Kashmir.

Raising pro-freedom and anti-India slogans, the protesting students started marching however they were intercepted by a large contingent of police and other government forces.

Soon after the clashes, shopkeepers pulled down their shutters and traffic went off the roads.