Clashes with Taliban take growing toll on Afghan civilians in 2015 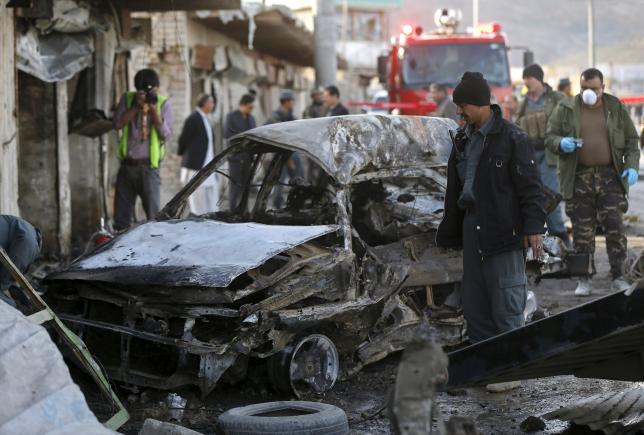 Clashes with Taliban take growing toll on Afghan civilians in 2015

KABUL - Ground clashes between Afghan government forces and the Taliban claimed 8 percent more civilian casualties in the first three months of 2015, the United Nations said on Sunday, and the approaching summer could match last year's deadly record. Since most foreign forces withdrew from Afghanistan last year, following more than a decade of inconclusive war against the Taliban ousted from power in 2001, the conflict has intensified across much of the country. Last year was the deadliest since the UN began keeping records in 2009, when more than 10,000 civilians were either killed or wounded in the conflict. In the first quarter of 2015, clashes on the ground caused 521 casualties including 136 deaths. The toll on civilians is likely to rise further in the summer, when snow melts and warmer weather facilitates the transit of fighters and weapons, leading to an increase in combat. "With the seasonal resumption of higher levels of conflict-related violence...parties in particular should refrain from using mortars and rockets in any areas populated by civilians," said UN Special Representative Nicholas Haysom. While total civilian casualties - due to ground clashes as well as other conflict-related incidents such as roadside bombs and targeted executions - fell two percent to 655 deaths and 1,155 injuries, the toll remained near 2014's record first-quarter figures. The main factor behind the dip was a 19 percent fall in casualties caused by roadside bombs and other improvised explosive devices, intended for government or foreign forces, but that often hit civilian vehicles instead. These, however, remained the second leading cause of casualties, causing 155 deaths and 275 injuries. The Afghan war is also taking a growing toll on women and children, who made up an increasing proportion of victims in the first three months of the year. Child casualties rose to a record at 123 deaths and 307 injuries. The Taliban are expected to announce the start of their spring offensive around the beginning of May. - Reuters