Classes from 9th to 12th resume under coronavirus SOPs 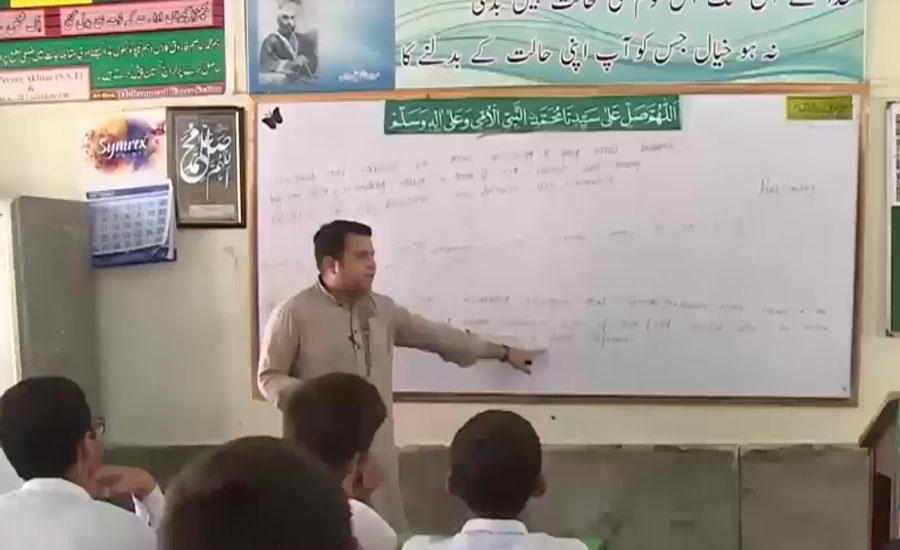 Classes from 9th to 12th resume under coronavirus SOPs

LAHORE (92 News) – Classes from 9th to 12th resumed under coronavirus SOPs in the districts affected by the pandemic on Monday.

Students' hands were sanitized before their entry to schools. Special arrangements were made to maintain social distancing and wearing masks.

Earlier on Sunday, Federal Education Minister Shafqat Mahmood had announced resumption of classes from 9th to 12th from today.

In a series of tweets, the minister said that a special meeting of Health and Education Ministers of all provinces and AJK/GB was held today and several decisions were taken about reopening of education sector with complete consensus.

Shafqat Mahmood announced that grade 9 to 12 exams will take place according to the new date sheets announced by the Boards which means that exams will not start before 4th week of May and university admissions schedule will also be adjusted keeping in view the new exam time table.

He also revealed the meeting was informed that Cambridge has decided not to give teacher assessed grades this year and those not taking exams will take them in the next cycle.

He added that it has been decided that A, AS, O level and IGCSE exams will take place as per date sheet announced by CAIES and there will be no delay or cancellation. Those students wishing to take exams in Oct/Nov can do so in the same fee already paid.

Regarding higher education institutions, the minister said that the universities in coronavirus affected districts will continue online while in districts with less than 8% positivity they will continue to function normally.

Shafqat Mahmood further announced that it has been decided that classes 1 to 8 will remain closed and the details in this regard will be announced by the provinces and GB/AJK.

The classes will allow students to prepare for their exams, the minister tweeted. Educational institutions in virus hotspots will take classes on alternate days with 50% attendance. Schools and colleges have been advised to ensure strict SOP implementation.

Classes from grades nursery to eight will resume after Eid. Universities in districts where cases are increasing will, on the other hand, conduct classes online.

According to Punjab Education Minister Murad Raas, 50% of students in the province will be called on Mondays and 50% on Thursdays. Classes will be taken on a staggered basis in these cities: Lahore, Rawalpindi, Gujrat, Gujranwala, Multan, Bahawalpur, Sialkot, Sargodha, Faisalabad, Tobe Tek Singh, Rahim Yar Khan, Dera Ghazi Khan, Sheikupura.

Exams to be taken as per schedule

The minister reiterated that board examinations for classes nine to 12 will be taken as per schedule. They will be conducted according to the new date sheets announced by each province. “This means exams will not start before the fourth week of May,” Mahmood said.