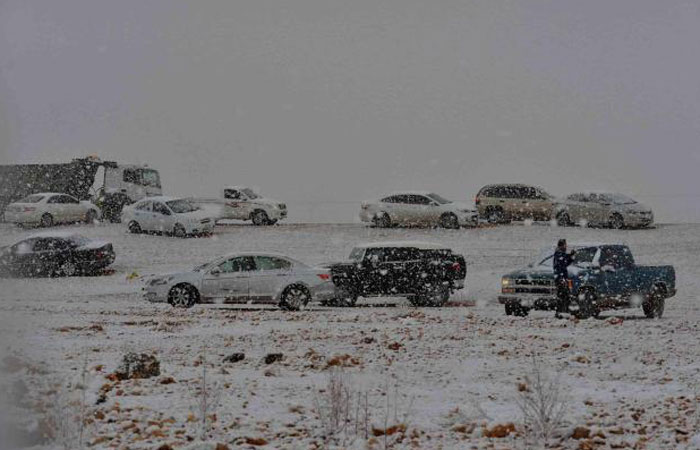 RIYADH (92 News) – Snow blanketed parts of the Saudi Arabian Northern Border Province and authorities have suspended classes in all schools on Thursday.

There was moderate snowfall in rural complexes and villages near Arar city and Hazm Al-Jalameed. There are chances of more snowfall due to the cold wave gripping the northern regions of the Kingdom.

The Saudi Red Crescent Society in the Northern Border Province has raised the readiness of its teams to meet any contingency.

The Red Crescent called on citizens and expatriates to take precautions to prevent hazards due to the snowfall and cold weather. These include avoiding speeding while driving to avoid skidding as well as wearing sufficient warm clothes especially for children and old people.