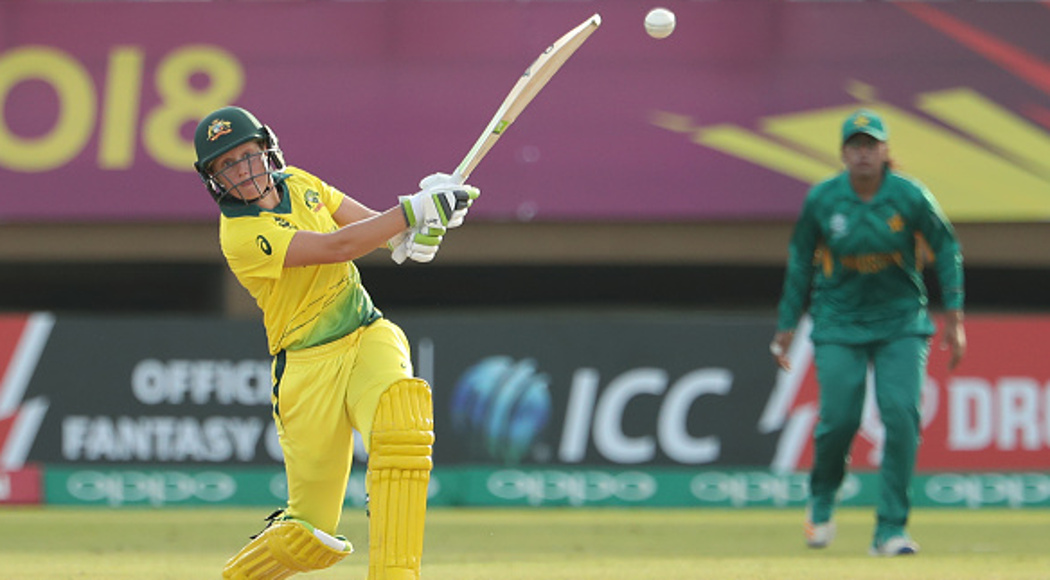 GEORGETOWN (Web Desk) – Alyssa Healy, Beth Mooney and Meg Lanning missed out on fifties, but their useful knocks were backed up by strong bowling as Australia opened their ICC Women's World T20 2018 campaign with a 52-run win against Pakistan.

Batting first after winning the toss in the second match at the Guyana National Stadium on Friday, 9 November, Australia raced away to a strong start, with the first-wicket duo of Healy and Mooney adding 72 off 7.6 overs. Healy was on her way to a brisk fifty when she became Aliya Riaz's first victim of the day, departing for a 29-ball 48. Meg Lanning and Mooney kept the scoreboard ticking, but neither batter could go on to make it a big one, as they fell in their 40s. Yet, the 165/5 was a strong total. With youngster Umaima Sohail playing a fearless game, Pakistan looked like they might make a fight of it, but her run-out for 20 off 11 balls opened the floodgates. Spinners Georgia Wareham and Ash Gardner got some significant turn and wicket-keeper Alyssa Healy was in the thick of things, playing a part in four dismissals as Pakistan collapsed from 64/3 to 78/7, before finishing on 113/8. Pakistan next take on India on Sunday, 11 November, while Australia face Ireland in the second match on the same day.