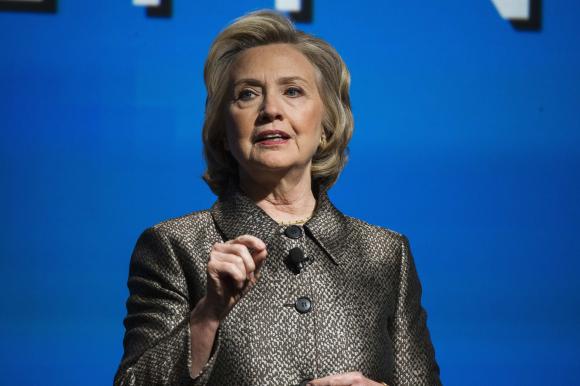 NEW YORK (Reuters) - Hillary Clinton, under attack for using a personal email address to conduct US State Department business, defended the practice on Tuesday as a matter of "convenience," but her comments failed to calm critics, who accused her of secrecy. Holding her first news conference since leaving her administration post two years ago, Clinton conceded she wished she had used a government email address as secretary of state but said she violated no rules and did not send classified material through the private account. Clinton, the presumed front-runner for the 2016 Democratic presidential nomination, has come under fire for using an email server from her New York-area home and a personal account as the top US diplomat. Critics raised concerns that the arrangement allowed her to hide important facts about her tenure and put her correspondence at a security risk. "I opted for convenience to use my personal email account, which was allowed by the State Department, because I thought it would be easier to carry just one device for my work and for my personal emails instead of two," a self-assured Clinton told more than 200 reporters crowded into a UN corridor. "Looking back, it would've been better if I'd simply used a second email account and carried a second phone." It is not unusual for officials in Washington to have two mobile devices. Clinton said she had provided all her emails that were work-related to the State Department and did not keep personal emails on subjects such as yoga routines, her mother's funeral arrangements or her daughter's wedding plans. But she also said the private server contained communications from her and her husband, an apparent contradiction to her statement that emails had been deleted. The prospect of numerous email deletions and her argument of "convenience" gave more fodder to Republican critics who accused her of continuing secretive practices that they say characterized the Clinton family and President Bill Clinton's eight years in office. Many Democrats welcomed Clinton's move to quell the controversy but some said her remarks still left questions. “I think she handled it well, but I do have to question: I have two email accounts and I only have one device," said Democratic donor Gabor Garai, a lawyer in Boston who raised about $50,000 for President Barack Obama in 2012. Clinton's decision to address reporters reflected a calculation among her advisers that the issue was ballooning into crisis-like proportions. The story has dominated cable news for days. “By waiting so long to finally show her face and address it, I think it just allowed this thing to spiral out of control," said a former Clinton adviser, who spoke on condition of anonymity. He noted that the crisis revealed Clinton did not have a capable campaign-in-waiting with a sharp media strategy to counter such criticism. Speeding up the formal announcement of her run would allow such infrastructure to be put in place. "MORE QUESTIONS THAN ANSWERS" The former US senator and first lady insisted she had done nothing wrong and had complied with all government policies. Most of her official emails were sent to government addresses, which were automatically preserved, Clinton said. Her family's server had not been hacked, and she rejected calls that it be studied by an independent arbiter. The State Department said on Tuesday it would post Clinton's emails on a website after a review that was likely to take several months. Clinton tried to head off criticism last week by urging the department to quickly review and release her emails. Republicans, who have questioned her ethics and transparency, were not convinced. Representative Trey Gowdy, a Republican who chairs a congressional committee looking into the Benghazi, Libya, attacks of 2012, said she left "more questions than answers" and pledged to call her up to Capitol Hill for further testimony. Ari Fleischer, a former spokesman for Republican President George W. Bush, scoffed at Clinton's explanation for the account. "Personal convenience? Hah. She did it because she only trusts a few top aides and wanted total control," he wrote in a tweet. The White House has said it encourages administration officials to use government email accounts, though rules on whether personal email accounts can be used on government-issued devices appeared to vary among agencies. Asked about former Secretary of Defense Chuck Hagel's email practices, a Pentagon spokesman said he carried two Blackberrys while he was in office, one for personal and one for government business but may, on occasion, have sent email to or from the wrong account.