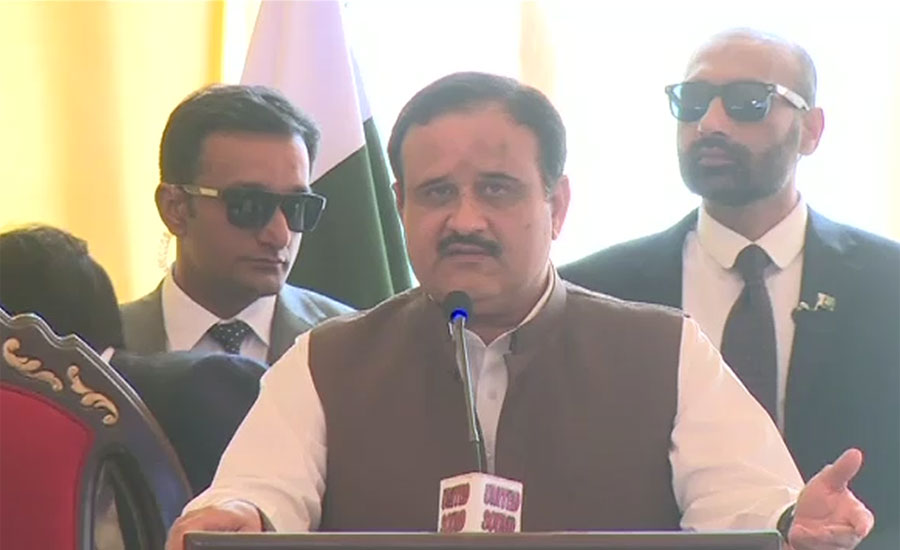 FAISALABAD (92 News) - Chief Minister Punjab Sardar Usman Buzdar on Wednesday performed ground-breaking of water treatment plant project worth more than Rs19 billion in Faisalabad, terming it a mega gift for city residents. Talking to reporters after laying foundation stone of the project named Eastern West Water Treatment Plant, Buzdar said his government had earmarked 500 schemes for Faisalabad region and that the government would move forward with more development schemes for the third largest city of Pakistan. He congratulated Prime Minister Imran Khan, saying the successes Pakistan had bagged during this visit are unprecedented. Buzdar said this first time that US President Donald Trump had offered mediation on Kashmir dispute. He also congratulated Pakistan Army for restoring peaceful atmosphere in the country. The CM told reporters that he would listen to the problems of parliamentarians and get them resolved. Talking to reporters, Governor Punjab Ch Muhammad Sarwar too congratulated Prime Minister Imran Khan for completing successful US visit, saying this is unprecedented in the history of any prime minister who has been accorded historic warm welcome by expatriate Pakistanis in US. Earlier, the CM and the Governor reached Faisalabad Circuit House and planted sapling to kick off the tree plantation drive. They later inaugurated performed ground-breaking of various projects in Faisalabad district including up-gradation of Dijkot Health centre to the level of tehsil headquarter and trauma centre, and new sewerage system for Dijkot. The CM also announced provision of latest equipment for Faisalabad Institute of Cardiology (FIC).