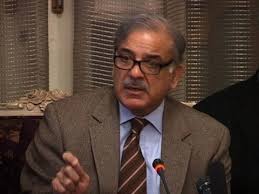 LAHORE (92 News) – Punjab Chief Minister Shahbaz Sharif on Sunday summoned an emergency meeting over Kasur child abuse case . As per details, the investigation officer will brief the CM about the entire incident whereas remand of key suspect Usman would also be taken today. Moreover, Law Minister and Interior Minister would also attend the meeting. Earlier, at least eight accused were arrested after biggest child abuse scandal of the country’s history came to surface. A new angle, however, has also come to light claiming the real dispute is of property and the child abuse scandal is a ‘set up’. The fact finding committee has presented its report to Chief Minister Punjab Shahbaz Sharif. Reportedly, as many as 400 videos of sexual abuse with at least 280 children belonging to a village near Depalpur Road, Kasur have been discovered by the investigating authorities.