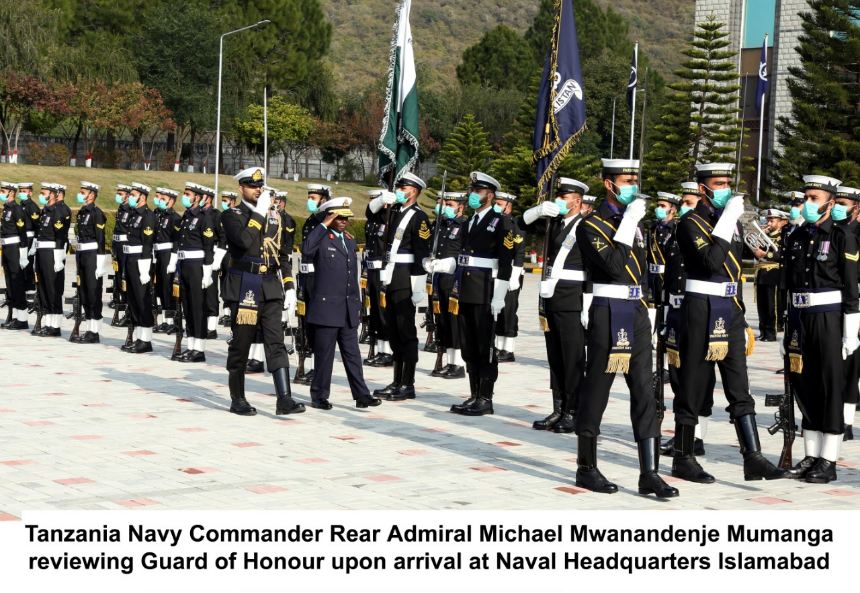 Later, Rear Admiral Michael Mwandenje Mumanga called on Chief of the Naval Staff in his office. During the meeting, various matters of maritime security and mutual interest including bilateral collaboration were discussed.

The Chief of the Naval Staff highlighted Pakistan Navy’s contributions for ensuring maritime security and peace in the region. Both the dignitaries agreed on further enhancing mutual interactions in diversified military domains.

It is expected that the visit of the Tanzania Navy commander will further promote the existing bilateral cooperation between the two countries in general and the navies in particular.