ISLAMABAD (92 News) – Chief of the Naval Staff Admiral Zafar Mahmood Abbasi is on an official visit to China. During his ongoing visit, the Naval Chief attended ‘High Level Symposium’ and interacted with Heads of Foreign Navies. ‘High Level Symposium’ was held as a part of 70th Anniversary celebrations of founding of the PLA (Navy) in the coastal city of Qingdao. The symposium comprised international panel discussions on topics related to maritime domains. The CNS also addressed the audience during the symposium on the topic of ‘World Order Past and Present – Reflections at Sea and Role of Navies’. 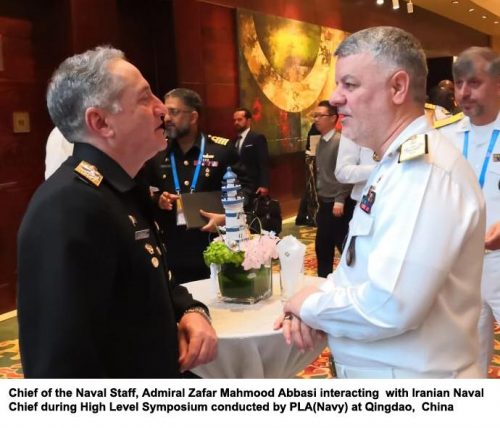 In the sidelines of the symposium, the Naval Chief also had interactions with different Heads of Foreign Navies including Djibouti, Iran, Japan, Morocco and Poland. During the discussions with the dignitaries, matters of professional interest and naval collaboration came under discussion. The CNS highlighted Pakistan’s commitment in the fight against terrorism including Pakistan Navy’s initiative of Regional Maritime Security Patrols in support of maritime security in the region. 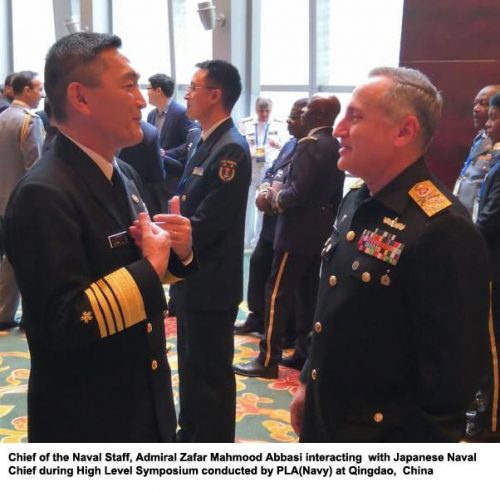 Later, the Commander PLA (Navy), Vice Admiral Shen Jinlong hosted a reception in the honour of Chief of the Naval Staff where both the dignitaries discussed matters of mutual interest and bilateral co-operation. 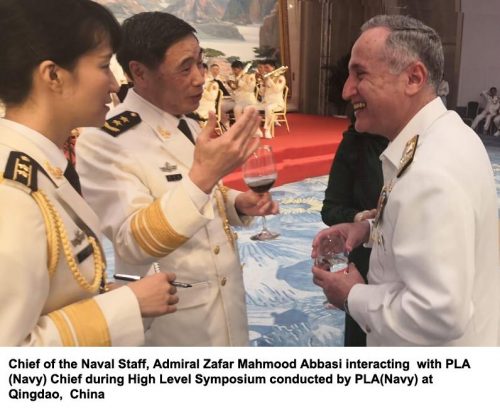 The CNS also thanked his Chinese counterpart for whole hearted participation of PLA (Navy) in Multinational Naval Exercise AMAN-19 which was hosted by Pakistan Navy at Karachi. Various avenues of further enhancing the interaction between both the navies were also dilated upon. Current visit of Chief of the Naval Staff would greatly augment the bilateral cooperation between both the countries in general and Navies in particular.