ISLAMABAD (92 News) – Chief of the Naval Staff Admiral Zafar Mahmood Abbasi, who is on an official visit to Kenya, called on Commander Kenya Navy and also visited various naval institutions. Upon his arrival at Mtongwe Naval Base, the Admiral was received by Commander Kenya Navy, Maj General Levi Franklin Mghalu and was introduced to the Principal Staff Officers. A guard of honour was presented to the Naval Chief on the occasion. 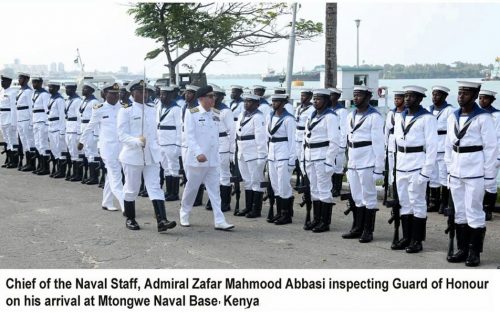 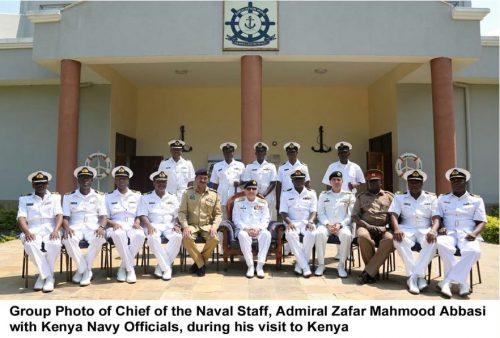 The Commander Kenya Navy appreciated and acknowledged the role and contributions of Pakistan Navy in spearheading various initiatives for maintaining peace and stability in the Indian Ocean Region. Later, Admiral Zafar Mahmood Abbasi visited various institutions of Kenya Navy including Kenya Navy Training College (KNTC), Bridge Simulator and under construction Kenya Naval Dockyard where the Naval Chief was given onsite briefings. The Admiral visited various sections of the Training College and appreciated the standards of training. The Naval Chief also planted a sapling at the College. 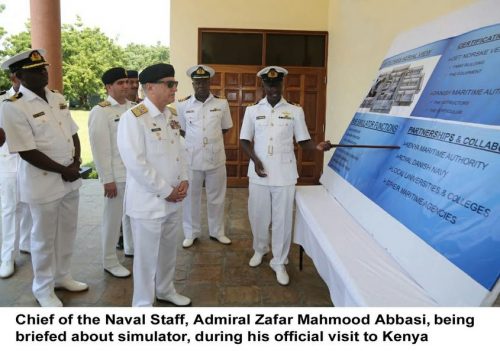