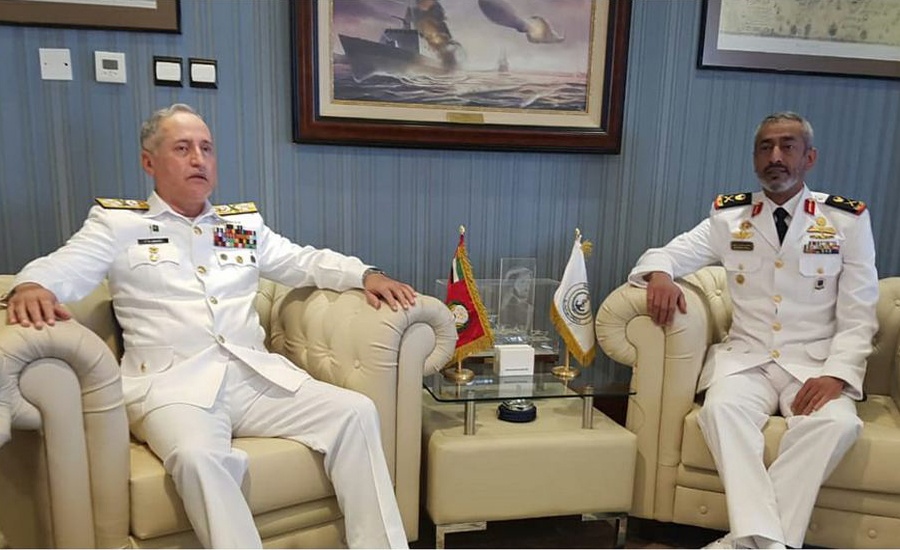 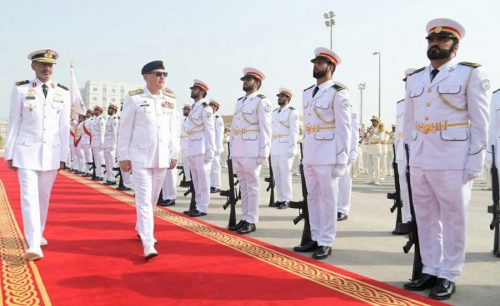 The guard of honour was also presented to the Naval Chief on the occasion. During the meeting, matters of mutual interest and bilateral naval collaboration were discussed. Both the dignitaries agreed upon further enhancing bilateral naval collaboration in diverse realms. The Naval Chief highlighted Pakistan Navy’s contribution for ensuring maritime security and peace in the region through Regional Maritime Security Patrols (RMSP) and participation in Combined Maritime Forces (CMF). 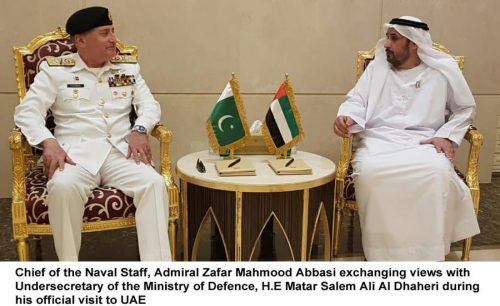 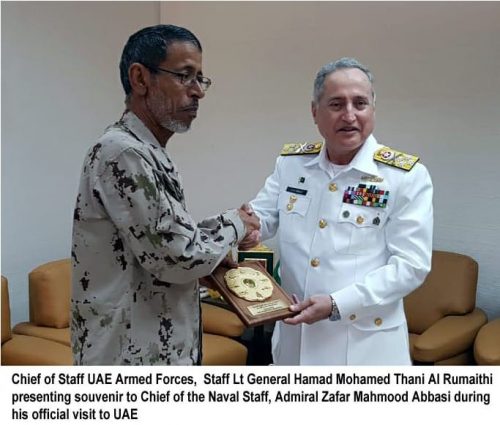 During his visit to Abu Dhabi, the Naval Chief visited Abu Dhabi Ship Building (ADSB) Yard. Upon arrival at ADSB, the Admiral was received by head of the shipyard and was given detailed briefing on the construction facilities at the shipyard. The Naval Chief also visited various sections of the yard and appreciated the quality of work being undertaken at ADSB. Afterwards, Chief of the Naval Staff visited Naval Forces Unit and Ghantout Naval Base and called on heads of these institutes. During meetings, matters pertaining to mutual cooperation were discussed. Pakistan and United Arab Emirates are tied in eternal bonds of friendship and brotherhood. A number of senior officers of UAE Naval Forces were trained in Pakistan. It is expected that current visit of the Naval Chief will further augment and expand defence ties between the two countries in general and Armed Forces in particular.