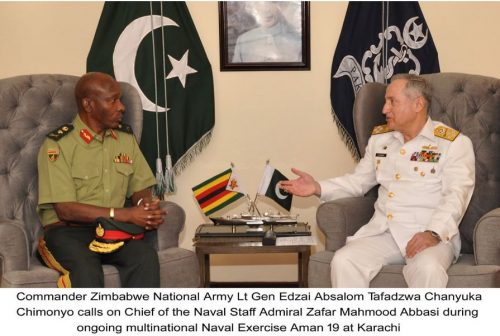 During the meetings matters of mutual interest including defence related collaborations and maritime security dynamics were discussed. The Naval Chief also thanked the dignitaries for participation in Multinational Maritime Exercise AMAN 19 to enhance the collaborative efforts for peace and security. 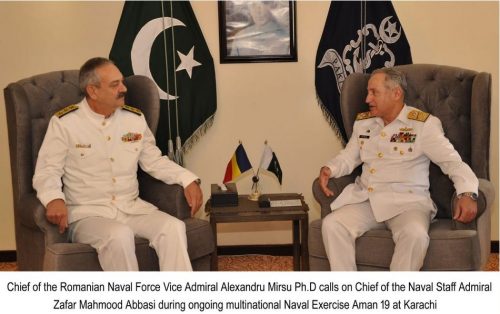 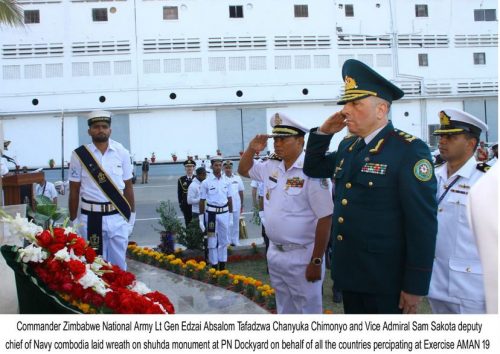 Military dignitaries from Royal Saudi Naval Forces and Turkish Navy called on Vice Chief of Naval Staff, Vice Admiral Kaleem Shaukat. Representatives of all foreign participants of the Exercise AMAN-19 laid a floral wreath at Shuhada Monument at PN Dockyard to pay homage for their sacrifices. 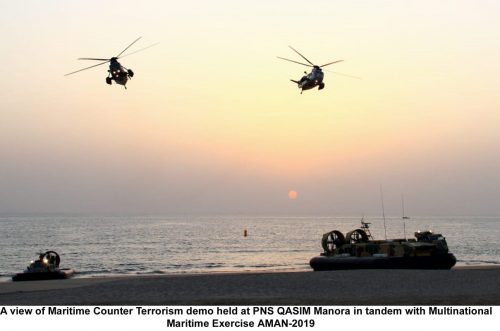 Friendly sports matches between officers and men of participating countries and Pakistan Navy were also organized which included cricket, basketball and shooting. 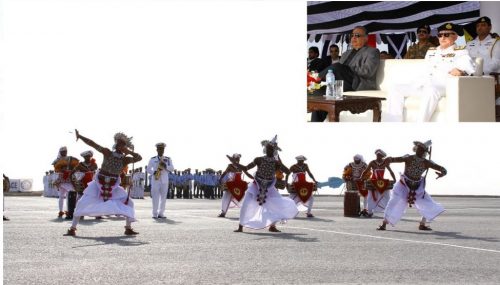 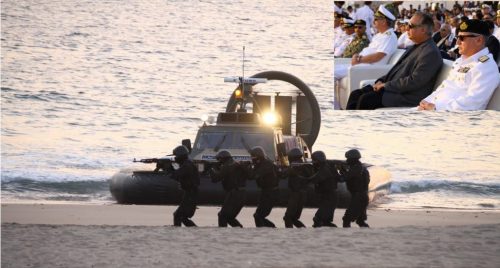 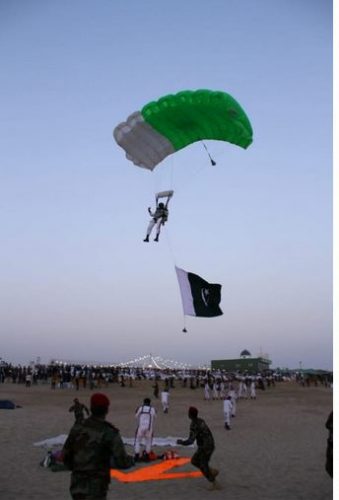 Earlier, an International Bands display was also presented by the bands of participating countries of AMAN 19, aiming to connect the countries through cultural heritage as well. The military bands from Sri Lanka, Pakistan Army, Pakistan Navy, Pakistan Air Force and Pakistan Rangers played a mix of their traditional and military tunes. The enchanting melodies mesmerized the audience and were really appreciated. A large number of personnel of the participating navies, observers, foreign diplomats and senior officials of armed forces of Pakistan witnessed the counter terrorism demonstration and bands display.