ISLAMABAD (92 News) – Chief of the Naval Staff Admiral Zafar Mahmood Abbasi, who is on an official visit to China, visited Hudong Zhonghua Shipyard at Shanghai, Shuang Liu Construction Base at Wuhan and met heads of shipbuilding industry on Saturday. Upon arrival at Hudong Zhonghua Shipyard (HZS) and Shuang Liu Construction Base, Admiral Zafar Mahmood Abbasi was received by heads of the respective construction yards. The CNS was given detailed briefings on the facilities and construction activities going on at the construction yards. 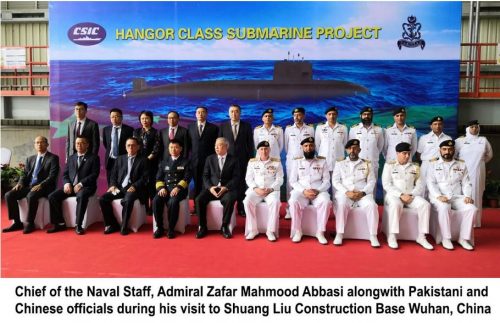 He also visited various sections of the HZ Shipyard and Shuang Liu Construction Base where he was briefed by the Mission Commanders and Heads of respective construction yards about the progress on under construction projects of PN platforms. 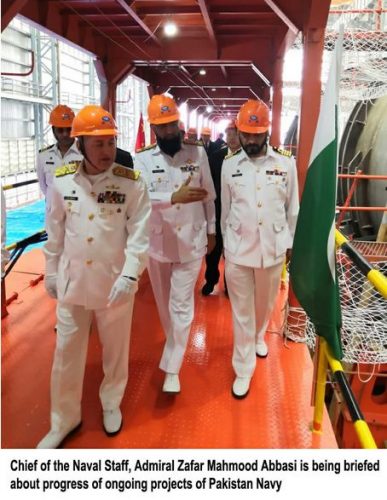 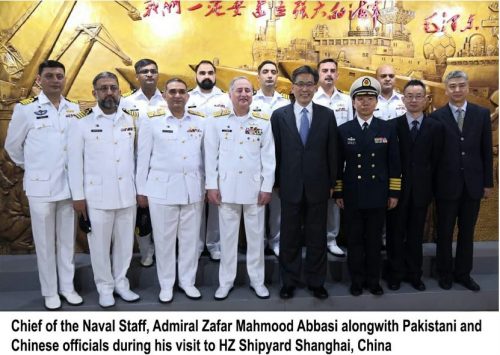 During the meetings, matters pertaining to ongoing projects were discussed and avenues for further collaboration were also explored. The CNS lauded the professionalism and commendable work being done by these organizations. Current visit of Chief of the Naval Staff would greatly augment the bilateral cooperation between both the countries in general and Navies in particular.