RIYADH (92 News) – Chief of the Naval Staff Admiral Muhammad Amjad Khan Niazi, who is on an official visit to Kingdom of Saudi Arabia (KSA), called on Chief of General Staff and Commander Royal Saudi Naval Forces.

A smartly turned out contingent of RSNF clad in ceremonial dress presented guard of honour. The Admiral was given comprehensive briefing on RSNF setup and ongoing operations. The Naval Chief also visited their Command and Control Centre. 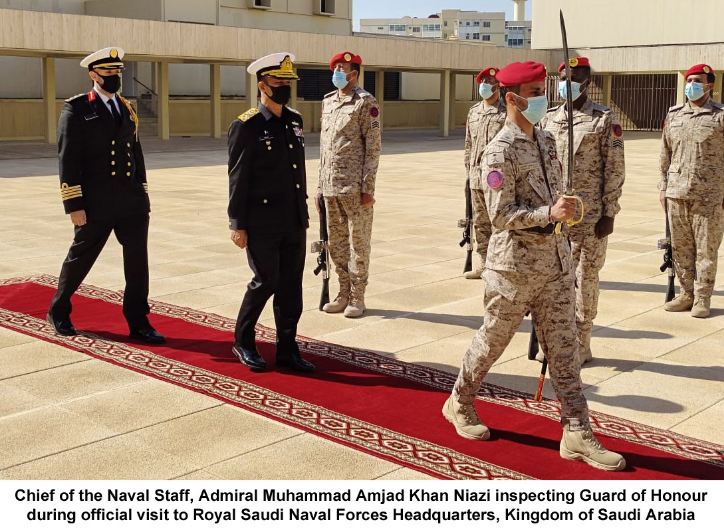 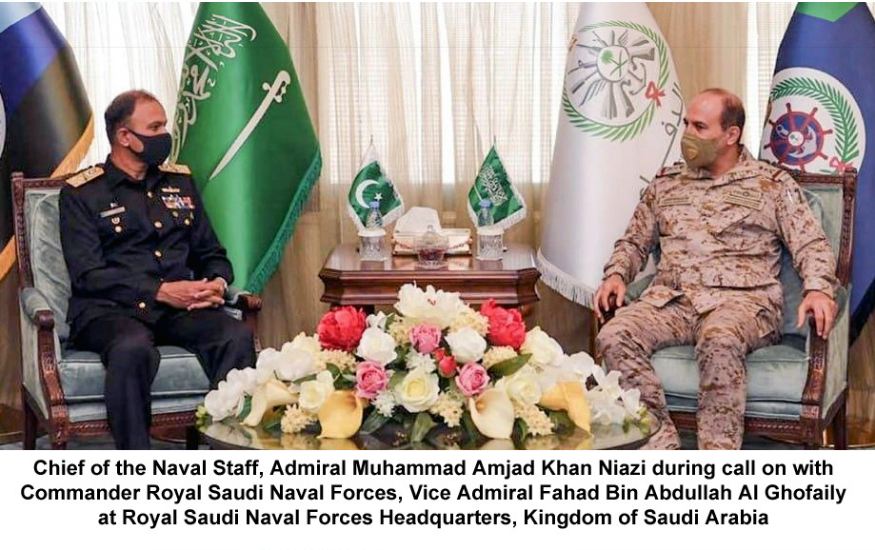 In addition, role of Pakistan Navy in training and capacity building of RSNF was also appreciated.

This visit is expected to greatly enhance the bilateral cooperation between both the countries in general and navies in particular.