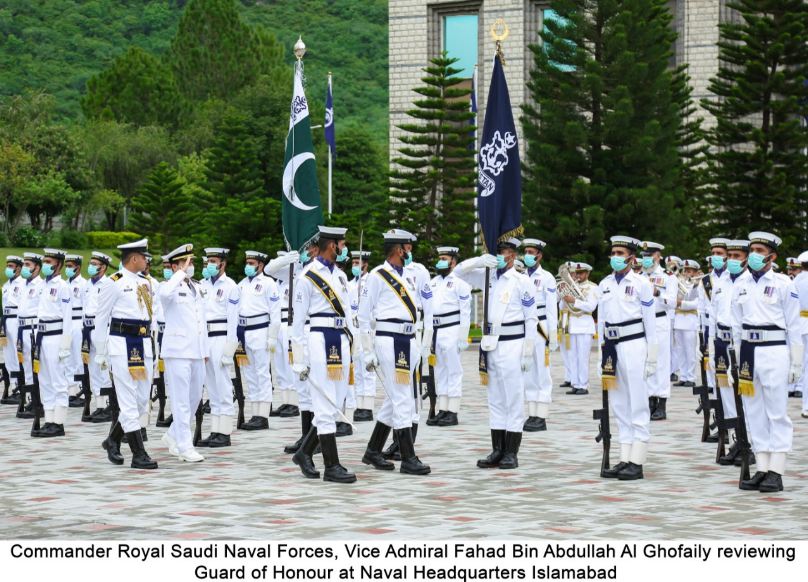 Later, Vice Admiral Fahad Bin Abdullah Al Ghofaily called on Chief of the Naval Staff in his office, where discussions on professional matters and bilateral naval collaboration were held. Various avenues of cooperation between the two Navies were focused. A briefing on role and capabilities of Pakistan Navy was also given to the visiting dignitary.

Commander Royal Saudi Naval Forces appreciated and acknowledged Pakistan Navy’s efforts and commitments in support of collaborative maritime security in the region. Both the dignitaries agreed to further enhance mutual interaction in diverse fields of training, mutual visits and defence collaboration. The visit is expected to strengthen the bilateral collaboration between the two Navies.