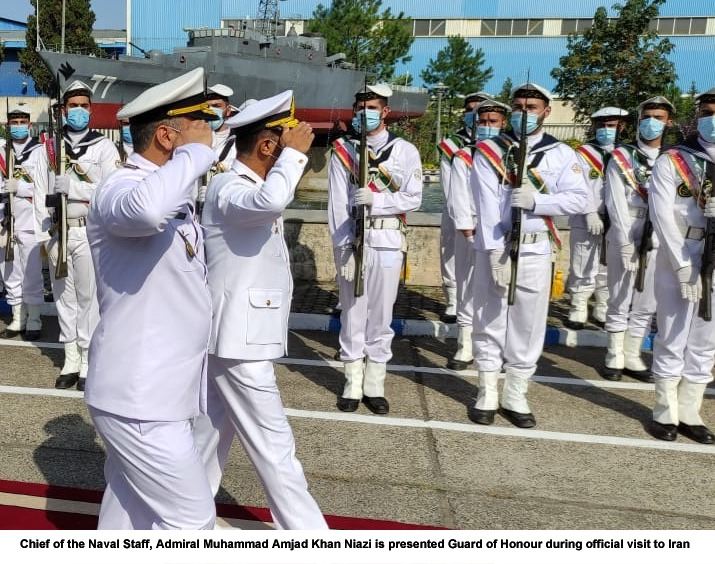 Iranian Naval Commander acknowledged and highly appreciated the role and contribution of Pakistan Navy for maintaining peace and stability in the maritime domain. The dignitaries agreed to enhance bilateral collaboration between the two countries in general and Navy to Navy in particular. Afterwards, Naval Chief laid a floral wreath at the Martyrs monument at the National Museum of Defence.

It is expected that recent visit of the Naval Chief will further boost bilateral relations between the two navies.