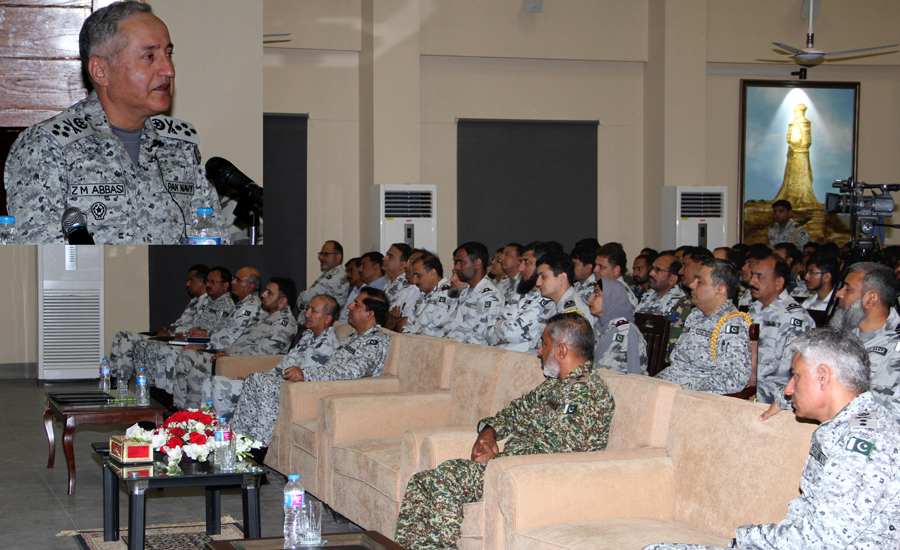 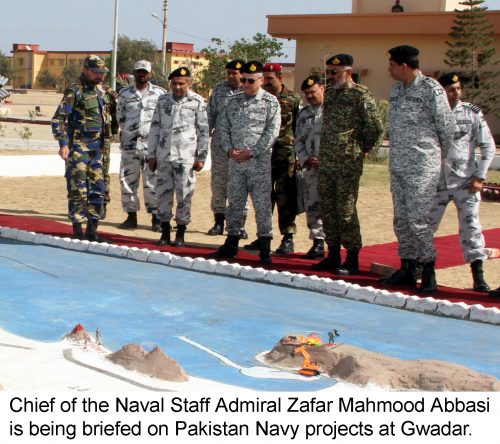 Chief of the Naval Staff Admiral Zafar Mahmood Abbasi expressed his satisfaction on the operational readiness of CMSTF-88 and further emphasized to ensure optimal alacrity of the Task Force to counter seaward threats. On the occasion, Chairman Gwadar Port Authority also briefed about the activities of Gwadar Port and further expansion of the Port and Gwadar city. Admiral Zafar Mahmood Abbasi also reviewed the construction work of Bahria Model School Gwadar. He emphasized on timely completion and full functionality of the school as per timeline with an aim to provide quality education to local community in Gwadar. Chief of the Naval Staff also interacted with troops of Pakistan Navy deployed on forward bases at coastal belt including Ormara and appreciated their morale, selfless devotion and commitment to defend the maritime frontiers of the country.