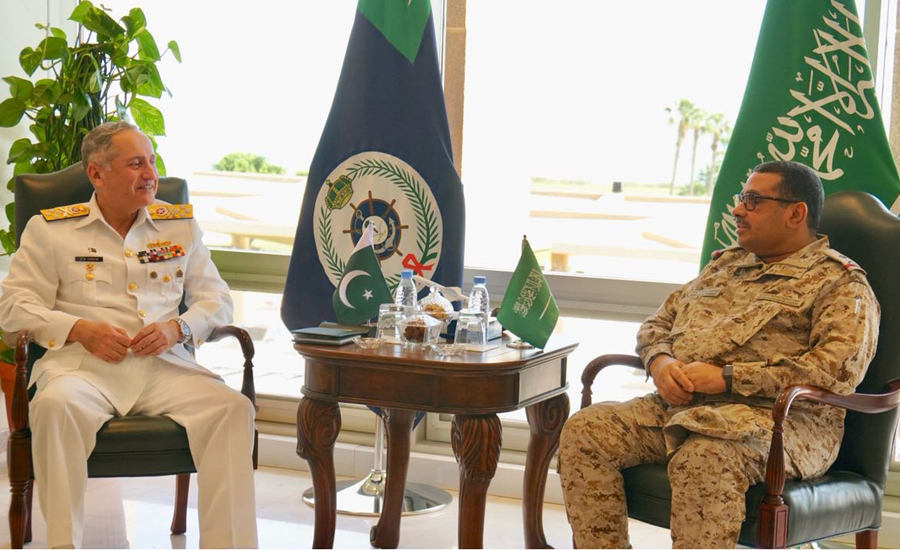 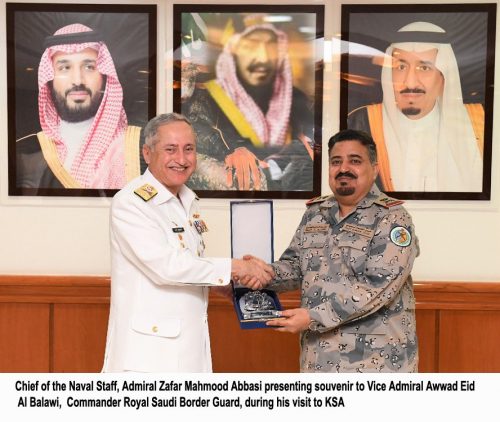 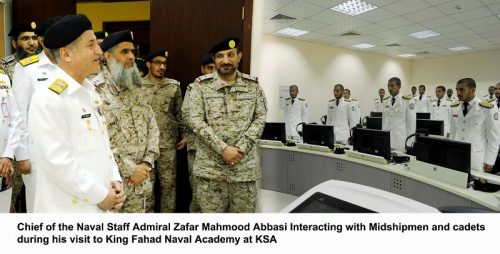 During the meeting, matters of mutual interest including professional and academic training and grooming of young officers were discussed. Chief of the Naval Staff also visited various segments/ sections of King Fahad Naval Academy and interacted with Midshipmen and cadets.