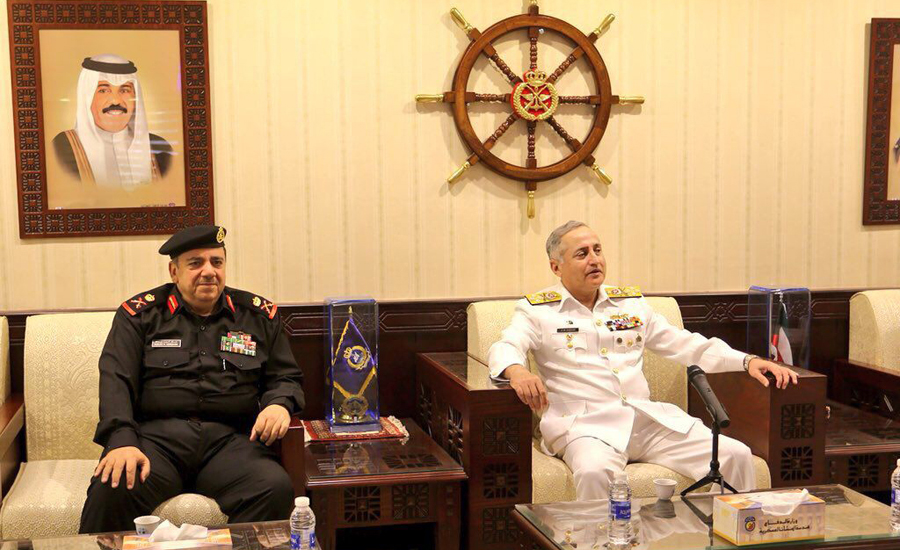 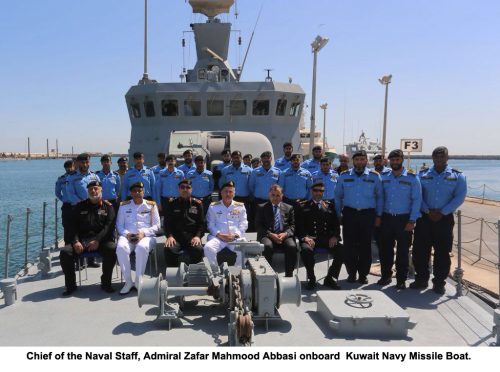 The Commander Kuwait Naval Forces acknowledged the role played by PN in providing training and trained Human Resources to Kuwait Navy. He emphasized the significance of close and strong bilateral naval association in diverse realms between Pakistan Navy and Kuwait Navy. Brigadier General Khaled Abdullah also lauded the role and commitment of Pakistan Navy for initiating sustained and credible efforts to maintain regional maritime peace and stability. The Naval Chief also met Ghulam Dastgir, Ambassador of Pakistan to Kuwait and Ex-Pakistani servicemen. The visit would greatly augment the bilateral cooperation between both the countries in general and Navies in particular.